As a Nov. 30 parliamentary election approaches, opinion polls show Moldova's public deeply divided over whether to stick to this path or change tack and join a Russia-led economic bloc. 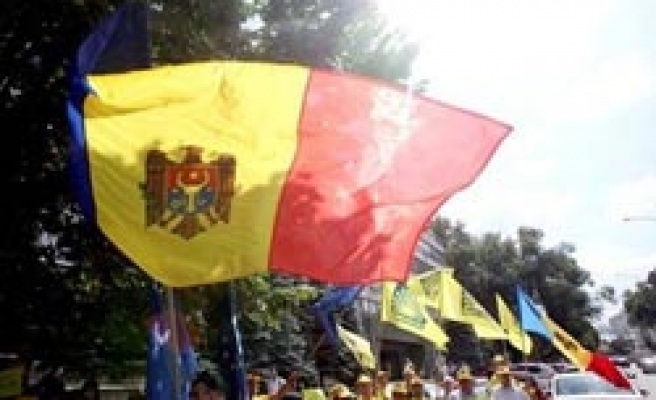 An election in ex-Soviet Moldova next weekend will decide how closely it sticks to its path of European integration in defiance of Russia, as neighbouring Ukraine struggles to handle a war triggered by following a similar pro-Europe line.

The country - one of Europe's smallest and poorest on the western rim of the old Soviet Union - has moved closer to the European mainstream than any other ex-Soviet republic, barring the Baltic states.

But, as a Nov. 30 parliamentary election approaches, opinion polls show Moldova's public deeply divided over whether to stick to this path or change tack and join a Russia-led economic bloc.

The course pursued by the three-party Alliance for European Integration, in power since 2009, has earned Moldova, a landlocked country of 3.5 million bordered by Ukraine and EU member Romania, a ban on imports of its vegetables, wines and meats by Russia, its biggest energy supplier.

Disenchantment with the centre-right coalition's poor record in fighting corruption and rivalry among its leaders as well as nostalgia for the stability of Soviet times could result in a big vote for the left next Sunday.

But Moldova's leaders say they are confident of keeping to a pro-Europe track nonetheless.

Prime Minister Iurie Leanca, interviewed by Reuters, saw no retreat from the pro-Europe course and predicted relations with Russia would become smoother.

Describing a new contract for Russian gas supplies next year as a "good signal", Leanca said: "We will return to the Russian market with better quality wines, fruit and vegetable products."

If Alliance parties win enough votes to regain a majority in the 101-seat parliament or are forced into a coalition with the powerful communists - rivals but a moderate pro-EU force also seeking strong economic ties with Russia - Moldova will stay on course for Europe, analysts say.

What could complicate its pro-Europe drive is a strong showing by the socialist party which prefers joining the Russia-led Customs Union.

The socialists, whose leader recently met Russia's Vladimir Putin, say the pro-Europe course will cut Moldova off from a powerful and stable ally, Russia, which can provide plentiful supplies of cheap gas.

"I don't believe in the sincerity of the EU even when they offer credits and guarantees. There is confrontation now between Russia and the West which is directed by the United States. But my family will vote for Moldova's 'eastern' development," said Igori Tronin, a 62-year-old pensioner.

But Mircea Snegur, first president of independent Moldova, attacking socialist leader Igor Dodon for holding talks in the Kremlin, told Reuters: "People must understand that returning to the swamp we struggled out of will not lead to anything good."

Even if the socialists muscle their way into any coalition, most people think that with a bedrock association agreement with the EU now ratified and with Moldovans now enjoying visa-free travel to Europe the country has gone too far down the road of European integration to turn back.

There are good reasons why Moldova does not touch the same raw nerve in Russia as Ukraine does. Moldova's borders are about 800 km (500 miles) from those of Russia and its leadership has shown no interest in membership of U.S.-led NATO.

With defence spending minuscule, it shows no intention of using force to recover Transdniestria, a Moscow-supported breakaway enclave which has drawn comparisons with the newly proclaimed 'people's republics' at the centre of the separatist war in eastern Ukraine.