Moldovans voted on Sunday on whether to elect their president directly. 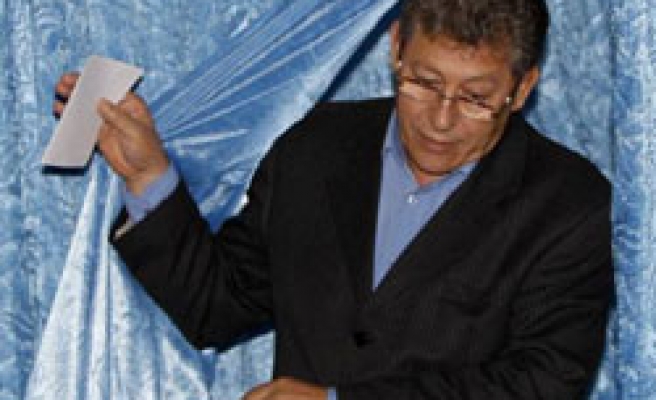 Moldovans voted on Sunday on whether to elect their president directly.

Opinion polls suggest a strong vote in favour of ditching the present system, under which the head of state is elected by parliament, despite a call by the opposition Communists for a boycott of the referendum.

The Communists saw early signs of a low turnout below the 33 percent required for the poll to be valid and claimed the boycott call by Communist leader Vladimir Voronin had had an effect.

But the Central Election Commission said just over 17 percent of the electorate had voted by 3 p.m. and the turnout threshold was still easily within reach.

Most Moldovans, traditionally, go to vote in the second half of the day. Polling stations were due to close at 9 p.m.

Moldova has had no full-time president for 18 months, with its ruling four-party Alliance for European Integration unable to muster enough parliamentary votes to install a head of state despite ousting the Communists from power in July 2009.

The Alliance promises direct elections for president and parliament on Nov. 14 if the referendum succeeds.

Corruption is rampant, the judiciary, state security and police are politicised and the media tends to toe the line of whoever is in power.

Parliament speaker Mihai Ghimpu, one of the Alliance's leading lights, has served as acting president. If the referendum succeeds, Prime Minister Vlad Filat and charismatic centre-left politician Marian Lupu would be among the favourites to win election as president.