More deaths in Ukraine before next week's 'Day of Silence'

The new spasm of violence came just days before both sides were due to try to reinforce a shaky three-month ceasefire by observing a "Day of Silence" on Dec. 9. 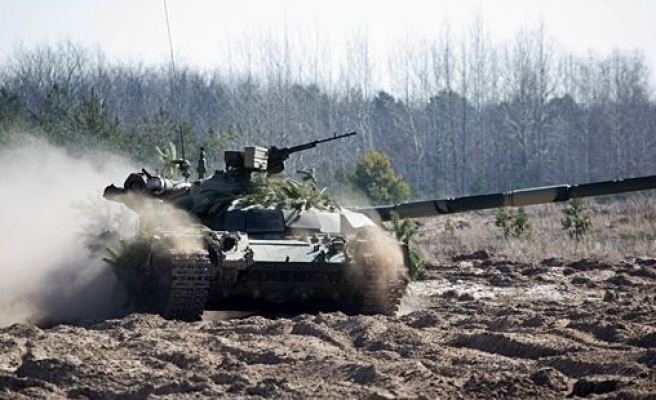 Shells struck a district of separatist-controlled Donetsk in eastern Ukraine on Friday, killing a pensioner and injuring his wife, and the Ukrainian military said six soldiers had also been killed in renewed clashes with the Russian-backed rebels.

The new spasm of violence came just days before both sides were due to try to reinforce a shaky three-month ceasefire by observing a "Day of Silence" on Dec. 9.

Clashes in Ukraine's Russian-speaking east have regularly punctured a ceasefire reached on Sept. 5 in talks in Minsk between Russia, Ukraine and separatist leaders and it is far from clear if Dec. 9 can herald a lasting cessation of violence.

In Donetsk, the victim, aged about 58, and his wife were returning home from picking up their pensions when the shells landed, spraying shrapnel. The wife was taken to hospital while her husband's dead body lay bleeding in the snow. It was not clear who had fired the shells.

In Kiev, the army said six soldiers had been killed and 14 others wounded in clashes over the previous 24 hours.

Ukrainian and separatist leaders have pledged to observe the "Day of Silence", intended to prepare for creation of a non-militarised buffer zone, from which the two sides will withdraw artillery and other heavy military equipment.

The United Nations puts the overall death toll in the conflict, which has triggered the worst standoff between Moscow and the West since the Cold War, at more than 4,300.

Russian Foreign Minister Sergei Lavrov said on Friday agreeing a demarcation line between the rival sides was the crucial element that had stalled earlier truce efforts.

"We expect the ceasefire to take effect in full from Dec. 9 ... The ceasefire was announced before. It led to a considerable easing in violence but not to a full (halt of fighting)," Lavrov said during a visit to Basel, Switzerland.

Ukrainian Foreign Minister Pavlo Klimkin, also speaking in Basel, said: "Every day, we have 30 or 40 cases of shelling from the terrorists, breaking the ceasefire. We have human losses and human suffering every day. So it's about real delivery, it's about deeds and not just commitments and words."