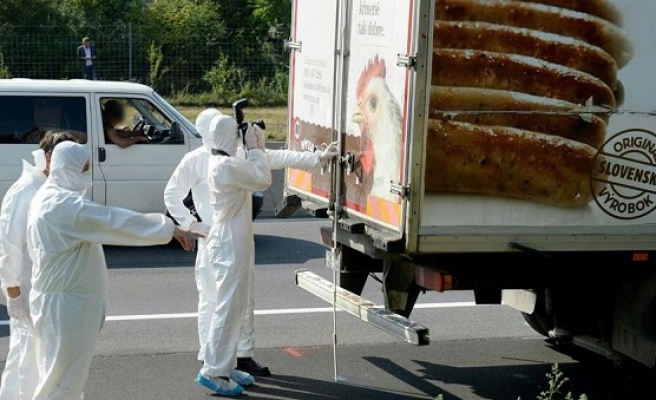 The number of bodies found in the back of a container truck on an Austrian highway close to the Hungarian border on Thursday is higher than 70, a government official has confirmed.

Police spokesman Hans Peter Doskozil, speaking at a news conference with Interior Minister Johanna Mikl-Leitner, on Thursday said that at least 30 bodies -- including men, women and children -- were found on the parking strip of the A4 highway in Burgerland state in eastern Austria.

Austrian Interior Ministry spokesman Alexander Marakovits confirmed Friday that the number of bodies is higher than 70. He said that the remains had been identified and that Burgerland police would announce the exact number later on Friday.

Local police have contacted their Hungarian counterparts and set up a crisis unit.

Thousands of migrants cross from Turkey every month to travel up through the Balkans, passing through Greece, Macedonia, Serbia and Hungary. Many cross from Hungary to Austria, where they apply for asylum or continue their journey to Germany, France or other western EU states.