'We have said for a long time that the activity of the international criminal tribunal for the former Yugoslavia is politicised,' Russian deputy FM says 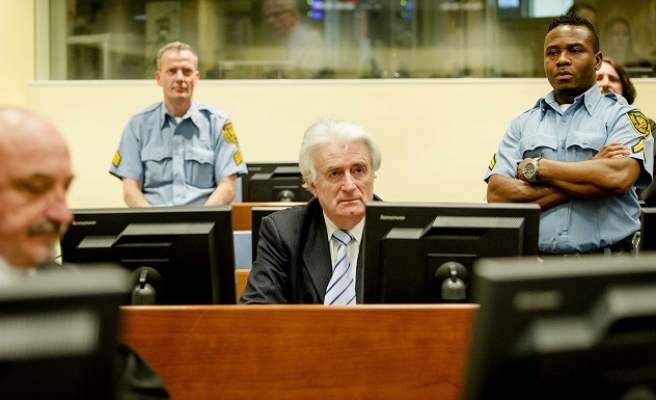 In the first comment by a senior Russian official on the verdict, Gatilov also accused the International Criminal Tribunal for the former Yugoslavia of overlooking crimes committed by Kosovars.

"We have said for a long time that the activity of the international criminal tribunal for the former Yugoslavia is politicised," Gatilov told Interfax news agency.

Asked if Karadzic's conviction on Thursday by the UN war crimes tribunal was also politicised, he answered "Yes".

"Unfortunately all the cases that have been examined have been one-sided," Gatilov said, adding the court did not examine "crimes by Kosovar leaders and the military."

"We consider that such a slant in the activity of the tribunal is unacceptable."

Wartime Bosnian Serb leader Karadzic was sentenced on Thursday to 40 years in jail after being found guilty of genocide and other crimes during the 1992-95 war in Bosnia.

Russia is a close ally of Serbia and does not recognise Kosovo's 2008 unilateral declaration independence, recognised by more than 100 countries.

The widow of Serbian strongman Slobodan Milosevic, who died in 2006 while on trial for war crimes at The Hague, fled to Russia in 2003.

Milosevic's brother, a retired diplomat, also lived in Russia before his death in 2013.