Moscow sweltered through its hottest day in almost 30 years on Thursday, a leading forecaster said. 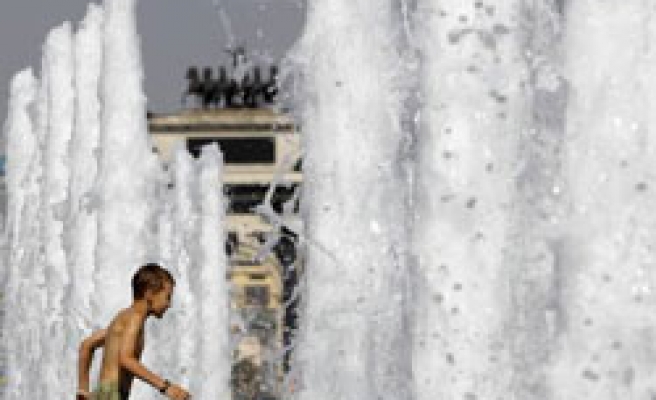 Moscow sweltered through its hottest day in almost 30 years on Thursday, a leading forecaster said, as a heatwave that has destroyed Russian crops over an area the size of Portugal showed no sign of abating.

Temperatures in the capital hit 35 degrees Celsius (95 degrees Fahrenheit) for the first time since 1981, said the Fobos weather forecasting centre, which provides weather data for the country's top media outlets.

Environmental groups including Greenpeace say Russia's heatwave is evidence of global warming, but forecasters with the national weather centre have said it is too early to draw a direct link.

"The great drought continues," Fobos' Gismeteo.ru weather website said, warning there was little chance of temperatures in the capital falling in the next few days.

Moscow's all-time high of 36.6 degrees Celsius, registered in 1936, could be broken on Saturday, state TV news channel Rossiya-24 reported. It said temperatures could hit 40 by the end of the week.

Moscow's capital, which is more accustomed to temperatures of minus 35 Celsius (minus 31 degrees Fahrenheit), has struggled to deal with the heat, with most electronics retailers selling out of fans and air conditioners.

Moscow's court service on Thursday ordered the working day cut by one hour to allow staff to escape the heat, state-run media reported.

The Russian Grain Union, an industry lobby, said the drought was Russia's worst in 130 years and had already shrivelled grain on 9 million hectares -- an area the size of Portugal and about one fifth of the total area sown for this year's harvest.

The drought is forcing Russia and neighbouring Ukraine and Kazakhstan to cut their grain production targets, officials said.