Moscow police detained about 200 people outside the courthouse. 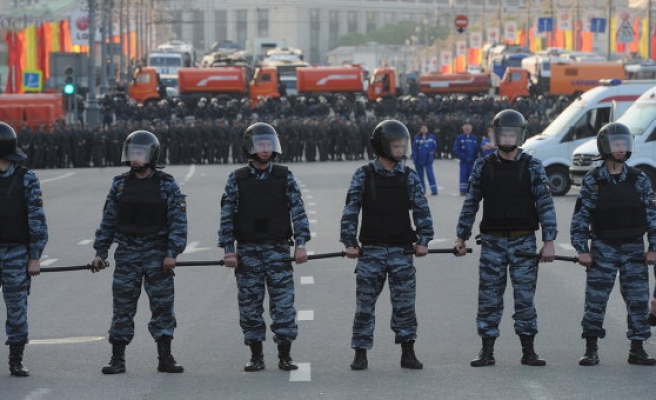 Police detained about 200 people on Friday outside a Moscow courthouse where eight people were convicted of rioting and assaulting police at a protest against President Vladimir Putin in 2012, a police spokesman said.

The spokesman said those detained had attempted to violate public order. Russian authorities say that by law, most large outdoor gatherings require prior approval from government officials.