The survey showed a deep gulf in perceptions between how people in Russia and the West view the Ukraine crisis. 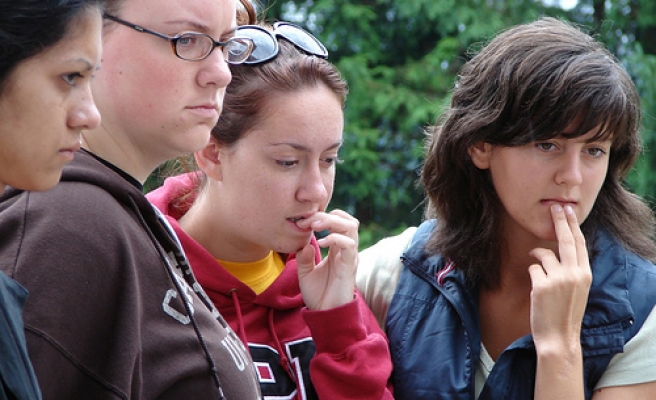 A majority of Europeans think Ukraine should be offered membership of the European Union but they are divided about whether it should be admitted to NATO, according to a major public opinion survey published on Wednesday.

Ukraine, fighting a war against pro-Russian separatists in the east of the country, is at the centre of the most serious East-West confrontation since the Cold War.

The EU has signed a free trade agreement with Ukraine but has not offered the prospect of eventual membership.

The Ukraine government said last month it would seek the protection of NATO membership, but that is a process that can take years and it is uncertain whether NATO allies would accept Ukraine.

A major annual survey of public opinion in the United States, Russia and Europe found that 52 percent of Europeans believed the EU should offer membership to Ukraine, while 43 percent of respondents were opposed.

Under the NATO treaty an attack on any member state counts as an an attack on all of them and would oblige the alliance to go to the defence of the victim of that attack.

Ukraine asserts it has been the victim of an outright attack by Russian forces.

The results were among the conclusions of Transatlantic Trends 2014, an annual survey of public opinion conducted by the German Marshall Fund of the United States, a U.S. thinktank, and Compagnia di San Paolo, an Italian private foundation.

About 1,000 people were questioned in each country during June, except in Russia where the sample was 1,500.

There was strong backing for the sanctions policy that the United States and the European Union have embarked upon towards Russia in response to Moscow's involvement in the Ukraine war.

More than 60 percent of those polled in both the EU countries and the United States believed there should be stronger economic sanctions against Russia because of its actions in Ukraine.

The survey showed a deep gulf in perceptions between how people in Russia and the West view the Ukraine crisis.

A majority of Americans and Europeans believed the European Union should continue to provide economic and political support to Ukraine, even if there was a risk of conflict with Russia.

A majority of Russians also believed Russia should act to maintain its influence over Ukraine even if that led to a risk of conflict with the EU.