Muslim father too late to save dying son in UK riots

The men were part of a group of British Asians attempting to protect their area from looters after attending Ramadan prayers at a mosque. 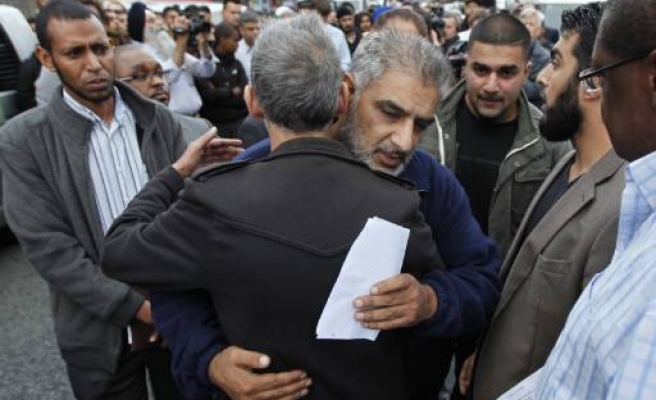 A father described on Wednesday how he rushed to aid a dying man hit by a car during riots in the English city of Birmingham only to find it was his 21-year-old son.

"I heard the thud, ran around and I saw three people on the ground," Tariq Jahan told reporters.

"My instinct was to help the three people. I didn't know who they were, who'd been injured. I helped the first man, and somebody from behind told me my son was lying behind me.

Police launched a murder inquiry after all three Muslim men died. A 32-year-old man has since been arrested.

The men were part of a group of British Asians attempting to protect their area from looters after attending Ramadan prayers at a mosque, a friend of the men told BBC radio.

They acted after seeing gangs break into a petrol station and social club, and neighbours being beaten up, Jahan said.

Riots spread to England's second city on Tuesday after three nights of violence in London.

"Why, why?," Jahan said. "I don't understand. We are here defending the community of all the problems that are going on in the country. He was trying to help his community."

He said his son, Haroon, a mechanic, was well-liked and well-known in the community.