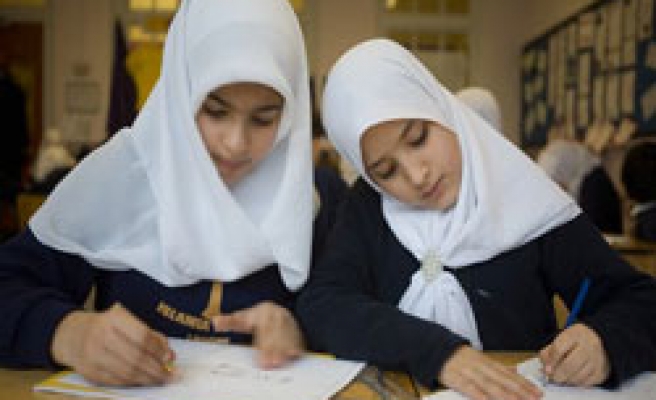 A Muslim free school in Derby, UK, accused of segregating girls and boys in classes in accordance with strict Islamic practices have closed following an inspection by the regulatory body Office for Standards in Education, Children’s Services and Skills (Ofsted).

The closure decision came after the first day of Ofsted's investigation into the "Al-Medinah" free school.

Ofsted confirmed that they were carrying out an inspection and that it was on going. In a statement to the Anadolu Agency, Ofsted spokesperson said that "as the inspection is in progress, it would be inappropriate to comment further at this time."

Upon the news reports, a former member of the Al-Medinah school's staff claimed the school applied strict religious rules, like the separation of girls and boys in the classrooms, banning singing, playing of stringed instruments and the requirement that female teachers -- including non-Muslims -- wear headscarves.

Following the closure, the school released a statement saying it was a short term closure due to health and safety issues.

Ofsted also added: "We have also informed the Department for Education and the local authority of our initial findings."

The school was already being investigated for alleged financial irregularities by the Education Funding Agency.

The Department for Education noted in a statement that they were aware of the issues before the allegations became public and stressed that they were waiting for Ofsted's final report.

Andrew Cutts-Mckay, the first head teacher of the school which was launched in September of last year, left his position within less than a year.

The second day of the inspection will take stage later on and it is not yet known when the school will reopen. Free schools in the UK are state funded yet they operate without the control of local education authorities.

It s Muslim school. Most jobs have a dress code. If you do not like it, you need not apply. You will never be happy with what Muslims do, you don't even appreciate the act that non Muslims were invited to work in a Muslim school. The dress code is hijab, no one is forcing you to work there take it or leave it. It's a non story yet again. IAhttp://www.londonschoolofislamics.org.uk

You better teach your children in your own schools and let migrant communities teach their children according to their needs and demands. British Establishment and society should concentrate on the evils of their own society and stop trying to change the way of life of Muslims.