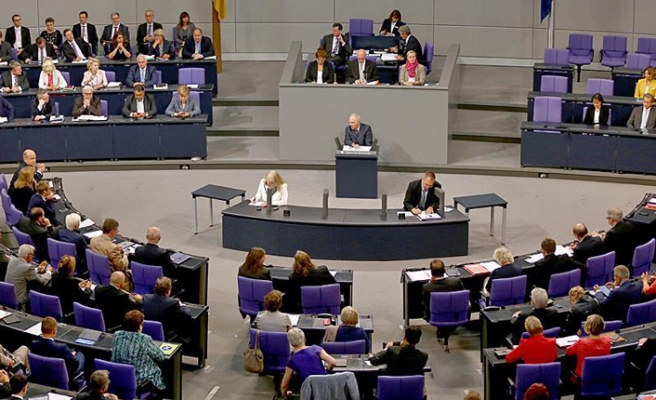 Government and opposition lawmakers urged China on Thursday to end repressive policies against Uighur Muslims in northwestern Xinjiang, an autonomous region of the country.

“An estimated one million people have been arbitrarily detained in internment camps in China's northwestern Xinjiang region,” Green lawmaker Margarete Bause said during a parliamentary debate on the human rights situation in Xinjiang.

She heavily criticized authorities for their clampdown on freedom of religion.

“Praying is prohibited, mosques are demolished. The goal of all these measures is to systematically eliminate the culture and identity of the Muslim minority in Xinjiang,” she said.

Stefan Liebich from the opposition Left Party said the detention of around one million people in internment camps in Xinjiang was “unacceptable”.

Liebich acknowledged that China’s concerns over stability and the threat of terrorism were understandable.

“But these cannot justify mass surveillance, spying, internment camps and torture,” he stressed.

“Under the pretext of the fight against terrorism, brutal repression and human rights violations continue in Xinjiang,” he said.

Brand criticized Chinese authorities for claiming that the internment camps were in fact “vocational education centers” and stressed that such explanations were far from being plausible.

“When we read the reports of Human Rights Watch, we get the impression that Xinjiang has become an open-air prison,” SPD lawmaker Frank Schwabe said.

“We want full transparency. We want to have the opportunity for all UN bodies to be able to visit  Xinjiang. We are calling on China to close these camps,” he added.