"It is hereby announced that Border Area Immigration Control Headquarters has been abolished," President Thein Sein said in a one-line statement dated July 12 but posted on his website on July 14. 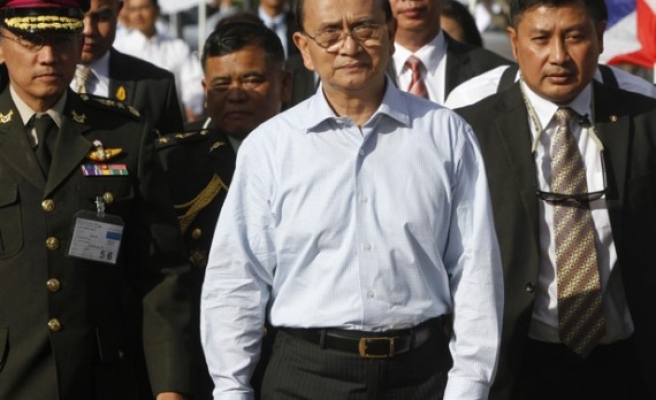 Myanmar's president has disbanded a security force accused of rights violations against Rohingya Muslims in Rakhine State in the west of the country, scene of deadly violence between Muslims and majority Buddhists in the past year.

"It is hereby announced that Border Area Immigration Control Headquarters has been abolished," President Thein Sein said in a one-line statement dated July 12 but posted on his website on July 14.

The border security force, known as Nasaka, from the initials of its Burmese-language name, consists of officers from the police, military, customs and immigration.

Corruption accusations may have been behind the government's decision, said Zaw Aye Maung, a member of parliament for the Rakhine Nationalities Development Party, who said the head of the Nasaka was sentenced late last year on corruption charges.

"I think the situation will get better now that the police are in control," he said.

Human Rights Watch has implicated the force in abuses against Rohingya, including arbitrary arrest and torture.

In a March 6 report, the U.N. special rapporteur on human rights in Myanmar, Tomas Ojea Quintana, urged the government to suspend the force's operations in Rakhine State.

Clashes between Rohingya and ethnic Rakhine Buddhists in June and October last year killed at least 192 people and displaced 140,000. Most victims were Rohingya and the majority of those remain in camps.

Thein Sein was on a visit to Britain on Monday and Amnesty International called on British Prime Minister David Cameron to press him to halt abuses against the Rohingya and give them citizenship.

"We are talking about a festering wound of division in Burma which the government is compounding by refusing to grant Rohingya people citizenship," the group's British director, Kate Allen, said in a statement.