Nadir flies back to UK after 17 years

Businessman Asil Nadir flew back to Britain on Thursday, 17 years after he fled while awaiting trial on fraud charges stemming from the collapse of his Polly Peck business empire. 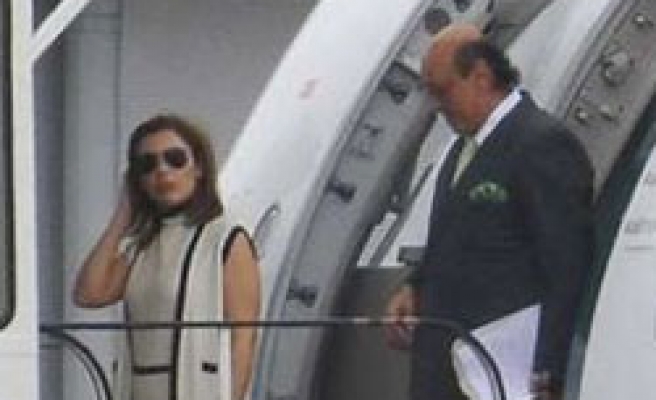 Businessman Asil Nadir flew back to Britain on Thursday, 17 years after he fled while awaiting trial on fraud charges stemming from the collapse of his Polly Peck business empire.

Nadir, who had been living in Turkish Cyprus, which has no extradition treaty with Britain, arrived at Luton airport near London on a flight from Turkey.

He was met by men who appeared to be immigration officials before being driven away escorted by a police car.

Nadir, who says he is innocent, told reporters on the plane he hoped the climate in Britain was now right for him to get a fair trial.

"I'm delighted ... that, after making such an effort all these years, the environment now is acceptable and it's correct for me to go back and hopefully get a closure to this sad affair," the Cyprus-born businessman told Sky News.

Nadir, 69, who had been a major donor to the Conservative Party, cast little light on why he has chosen to return now, except to say he was innocent and wanted to right the injustices he alleges he suffered in Britain.

Nadir's departure rocked the Conservative government of then Prime Minister John Major, leading to the resignation of a minister who had links to the businessman and questions over the conduct of the investigation by the Serious Fraud Office.

Last month, a London court agreed to grant Nadir bail providing he returned to Britain to face 66 theft charges relating to the Polly Peck fruit-to-electronics empire, which collapsed with debts of 1.3 billion pounds.

Nadir must appear at the Old Bailey for a preliminary hearing on Sept. 3. He must also deposit 250,000 pounds with the court as a security before returning, submit to electronic tagging and surrender his travel documents.

Nadir bought into Polly Peck in 1980, when it was an ailing textiles firm. It became a stock market darling during the 1980s, its share price rising more than 100 times, as Nadir built an empire including the Del Monte fruit business and Japan's Sansui electronics firm.

But in 1990, administrators were called in, uncovering one of Britain's most spectacular business failures.

Nadir was forced into personal bankruptcy in January 1992 by creditors owed more than 80 million pounds.

Nadir told BBC radio he had fled 17 years ago because the legal battle over Polly Peck had endangered his life.

After years spent "battling with immense injustice and tremendous abuses of power in Britain ... my health had deteriorated and at that point I felt that to save my life, I had to come to recuperate."