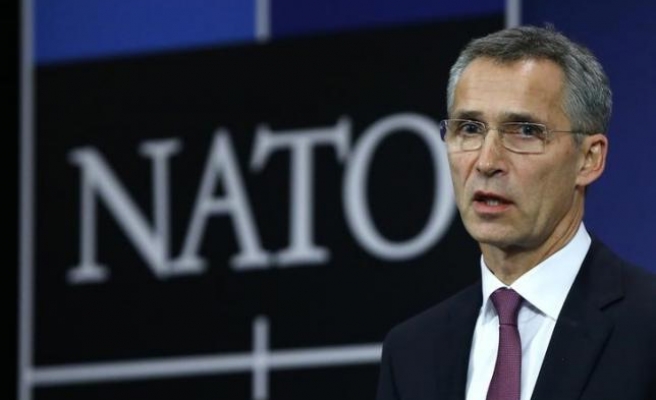 NATO's secretary general will make his first visit to Ukraine this month, Ukraine's foreign minister said on Monday, dismissing the idea that this would provoke Moscow, which is backing the pro-Russian rebellion in eastern Ukraine.

After a meeting with NATO chief Jens Stoltenberg, Pavlo Klimkin said the visit, which he called symbolic as his ex-Soviet nation seeks to integrate with the West, would upgrade NATO's representation in Ukraine and broaden technical cooperation.

Klimkin rejected the idea that the visit would worsen relations with a Russian government that wants to keep Ukraine in its sphere of influence and has made clear its adamant opposition to Ukraine's ambition of joining NATO.

Against a backdrop of "Russian aggression" in eastern Ukraine, he said the visit could hardly be classed as "further provocation".

Both Ukraine and NATO say they have overwhelming evidence that Russia has provided men and weaponry to the rebels in eastern Ukraine, but Moscow denies providing anything other than political support.

Stoltenberg is expected to inaugurate NATO-Ukrainian civil protection exercises at a time when the deadline is nearing for fulfillment of a peace agreement that has so far failed to stop low-level fighting in eastern Ukraine.

Ukraine dropped its bid to join the 28-nation U.S.-led Atlantic alliance in 2010 to please Moscow, but has now again set its sights on joining, seeing NATO membership as the only way to protect its territory.

NATO declined to comment on Stoltenberg's trip, and typically does not discuss visits for security reasons.

Klimkin said it would usher in cooperation projects focused on special operation forces, support for the Ukrainian navy and de-mining.

Russia's economy minister was due in Brussels on Monday for more talks on an EU-Ukraine trade deal that Russia says will damage its economy, already struggling with the effects of an oil price slump and EU sanctions imposed over eastern Ukraine and Moscow's annexation of Crimea from Ukraine last year.