The alliance will widen to Turkish, Greek territorial waters its mission to stem the refugee flow 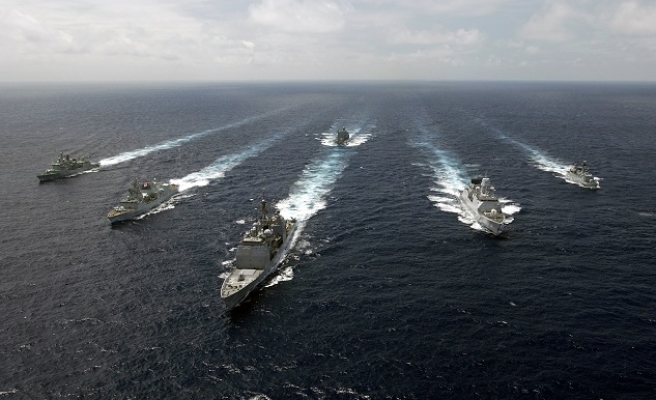 NATO announced Sunday it will expand its mission in the Aegean to crack down on human smugglers and stem the flow of refugees coming into Europe.

In a statement, the alliance said: "NATO ships are already collecting information and conducting monitoring in the Aegean Sea. Their activity will now be expanded to take place also in territorial waters".

Last month, NATO agreed – at the request of Turkey, Germany, and Greece – to send its vessels to the Aegean, a major transit area for refugees entering Europe via Greece and Turkey. The decision was finalized on Sunday, with NATO allies agreeing the vessels will not only operate on international waters, but in Turkish and Greek territorial waters as well.

"Our commanders have defined our area of activity in close consultation and coordination with both Greece and Turkey," NATO said in Sunday’s statement.

"Our activities in territorial waters will be carried out in consultation and coordination with both allies."

NATO will liaise with the Turkish and Greek coast guards, who have been struggling to protect and save refugees put at risk by human-smuggling gangs that place them on often unseaworthy boats.