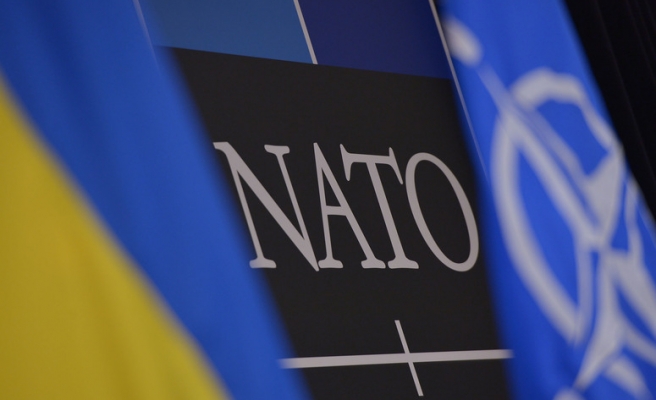 "I welcome the efforts to have a renewed ceasefire," Stoltenberg said, referring to an agreement between the government and separatists to end ceasefire violations from Tuesday as children went back to school.

He said NATO was getting "mixed" reports from Ukraine, undrescoring that the situation remained "very fragile."

"It's a bit too early to tell exactly what's going on on the ground. But at least the renewed commitment offers a fresh opportunity for all parties to fully implement the Minsk agreements", Stoltenberg said.

The Ukrainian parliament's initial approval of reforms granting pro-Russian separatists a degree of autonomy proves that Kyiv was sticking to a Western-brokered ceasefire agreed in February, he said.

"I welcome the decision... on decentralisation,"  Stoltenberg said, adding that "Russia continues to support the separatists... thereby violating the Minsk agreement."

Moscow denies any military involvement in the Ukraine conflict and accuses NATO of closing in on Russia's borders.

Stoltenberg was in the Lithuanian capital Vilnius to inaugurate six small NATO command posts on the alliance's eastern flank to facilitate the deployment of its newly forged rapid reaction force.

He said the move was a response to "a more assertive Russia being responsible for aggressive actions, especially in Ukraine".

Aside from Lithuania, such centres have also been set up in NATO members Bulgaria, Estonia, Latvia, Poland and Romania.

Lithuania and other NATO members once behind the Iron Curtain have been rattled by Russia's actions in Ukraine, where it annexed the Crimean peninsula in 2014 before pro-Moscow separatists began fighting Kyiv's forces in the country's east.