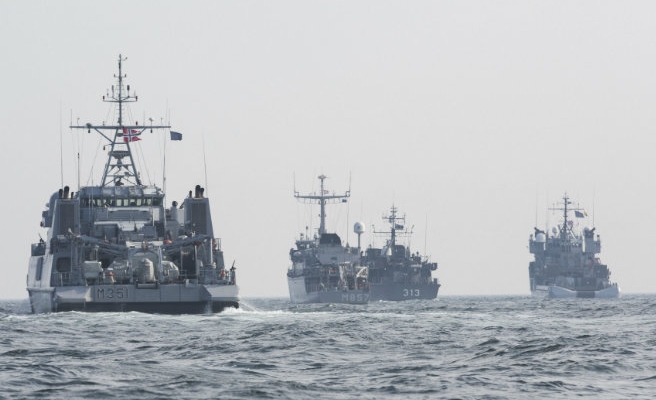 NATO ships have begun their mission to combat human traffickers in the Aegean, the alliance’s senior commander said Saturday.

“So in a matter of less than two days a political decision was made, a military response was put together and now the mission is in the area, operating,” he said.

On Thursday, NATO defense ministers agreed to deploy warships in the Aegean to help Turkey and Greece counter people-smuggling gangs ferrying refugees into Europe by sea.

Speaking at a security conference in Munich, Breedlove told journalists the five ships would conduct reconnaissance, monitoring and surveillance of illegal crossings in the Aegean and share the information “so that the policing and law enforcement agencies of Turkey and Greece can take action if they have to”.

The EU's border agency Frontex will also be informed, he added.

NATO's Standing Maritime Group 2 will monitor the flows but will not intercept refugees. They will conduct rescue operations if necessary.

Breedlove said the deployment would likely grow in the short-term.

NATO will also launch a surveillance mission on the Turkey-Syria border but further planning was needed, Breedlove said.