Standing Maritime Group 2 is due to 'start maritime surveillance activities' 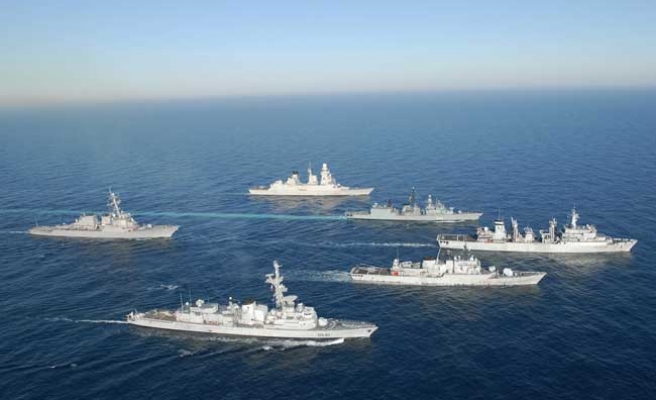 NATO is sending a naval group "without delay" to help stop people smugglers in the Aegean Sea, following a request from Germany, Greece and Turkey, alliance chief Jens Stoltenberg said on Thursday.

NATO "is now directing the standing maritime group to move into the Aegean without delay and start maritime surveillance activities", Stoltenberg told a press conference after alliance defence ministers backed the move.

He said the refugee crisis, driven by conflict and turmoil across the Middle East and North Africa, was the worst since World War II and posed a major security threat to the 28-nation alliance.

NATO Standing Maritime Group 2, currently under German command, comprises three ships and allies had promised more so it can carry out "reconnaissance, monitoring and surveillance in the Aegean Sea," he said.

"This is not about stopping and pushing back (refugees)... but about critical surveillance to help counter human trafficking and criminal networks," he said.

NATO would work closely with the European Union and its border control agency Frontex, he added.

German Chancellor Angela Merkel joined forces with Turkey on Monday to request help from the 28-nation alliance as thousands more refugees fled heavy fighting around the Syrian city of Aleppo.

Turkey -- the only Muslim-majority nation in NATO and with one of its largest armies -- was the main transit country for the more than one million refugees who reached Europe last year.

More than 70,000 made the dangerous crossing in January and the fear is that hundreds of thousands more will follow as the fighting in Syria intensifies.