NATO: Russia might achieve goals in Ukraine without invasion

"I think now that Putin may be able to accomplish his objectives in eastern Ukraine and never go across the border with his forces," NATO's top military commander said. 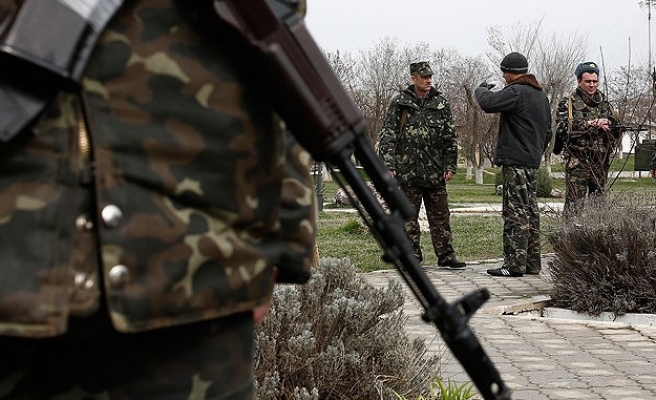 NATO's top military commander in Europe said on Monday he no longer thought regular Russian troops would enter eastern Ukraine, predicting Moscow could achieve its goals through the unconventional forces stirring up trouble there.

U.S. Air Force General Philip Breedlove said it was a completely false Russian narrative that it was only Ukrainians rebelling in the east of their country, saying it was clear that special forces troops from Russia were operating there as they did in Crimea before its annexation.

"Remember that (Russian President Vladimir) Putin denied their presence and now he has admitted to their presence in Crimea. The same thing will come out of Ukraine as time rolls out," he told a military and diplomatic audience in Ottawa.

"Exactly what we saw in Crimea is being mirrored in eastern Ukraine," added Breedlove.

Russia has massed tens of thousands of troops on its border with eastern Ukraine, prompting fears that Moscow might send ground forces in to protect the rights of ethnic Russians.

Breedlove said that until a week ago, he thought the most likely military response from Russia would be to send in troops to southern Ukraine and secure a land bridge to the peninsula of Crimea - which voted in March to join Russia - before possibly pushing on toward the Black Sea port of Odessa and then further west toward Moldova.

"Today I would tell you I don't think that's the most likely course of action ... I think now that Putin may be able to accomplish his objectives in eastern Ukraine and never go across the border with his forces," he said.

"Now I think probably the most likely course of action is that he will continue doing what he's doing - discrediting the government, creating unrest, trying to set the stage for a separatist movement," and that would make it easier to cement Moscow's military and economic hold on eastern Ukraine, Breedlove added.

"In that case, I think it's the most troublesome for NATO because if the forces do not come across the border, my guess is that many will want to try to quickly go back to business as usual, and I, for one, do not believe annexing Crimea is business as usual."

Shortly before his public remarks, Breedlove discussed Ukraine and Russia in a meeting with Canadian Prime Minister Stephen Harper, who told reporters beforehand that the escalation of violence in Ukraine appeared clearly to be "a slow-motion invasion on the part of the Putin regime."

Breedlove did not go as far as to say whether operatives from Russia had fired the missiles that have been downing Ukrainian helicopters. At least three helicopters have been shot down in the last week.

It also appeared that some missiles have gone missing from a local Ukrainian weapons storage depot, so he said he would not jump to the conclusion that it was direct Russian involvement, but he would not preclude it either.

More broadly in terms of NATO policy, he said, Russia's actions in Ukraine had demonstrated that it was not acting like a partner, and this should prompt more members of the NATO alliance to boost their defense spending toward the agreed target of 2 percent of gross domestic product.

"We have come from a period where we saw Russia as a partner," he said. "We are now in a very, very different time, and I think individual nations need to take this aboard and consider."