'NATO and all the parties at the table this morning indicated a willingness for NATO to support and be a part of that operation,' US Secretary of Defense says 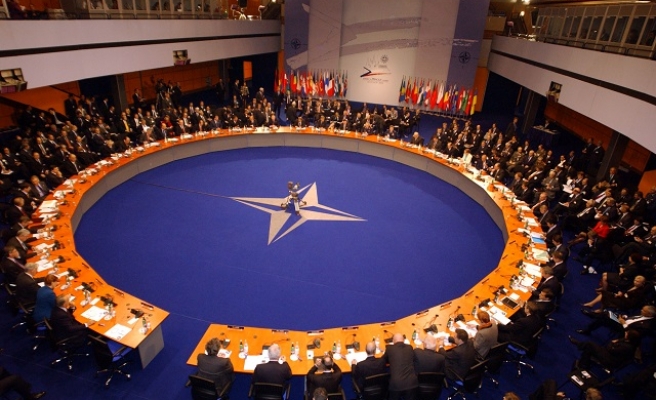 "NATO and all the parties at the table this morning indicated a willingness for NATO to support and be a part of that operation," Carter said after a meeting of defence ministers at the alliance's headquarters in Brussels.

"All three of those countries emphasised the need for NATO to act quickly, with which the United States strongly agrees, because this are people's lives and destinies at stake here."

Carter said military planners will now look at the issue and report back to NATO for final approval.

German government sources said Thursday that the three countries wanted NATO to begin surveillance of the Aegean Sea to provide a "clear view" of how people smugglers are operating along the Turkish coast.

German Chancellor Angela Merkel visited Turkey on Monday, agreeing to make the request to the 28-nation alliance as  thousands more refugees fled heavy fighting around the Syrian city of Aleppo.

Turkey -- the only Muslim-majority nation in NATO and with one of its largest armies -- was the main transit country for the more than one million refugees who reached Europe last year.

Having reached Greece, most of them made their way north to Germany and other richer countries in the European Union in what has become Europe's worst refugee crisis since World War II.

More than 70,000 made the dangerous crossing in January, with over 400 dying, according to the International Organization for Migration (OIM).

The fear now is that hundreds of thousands more could follow this year with no prospect of a negotiated solution to the war in Syria which has killed more than 260,000 people and displaced half the population since March 2011.