To demonstrate NATO's commitment to defending the alliance's members, other exercises will follow Steadfast Javelin in Germany, Norway, Ukraine, Poland this autumn. 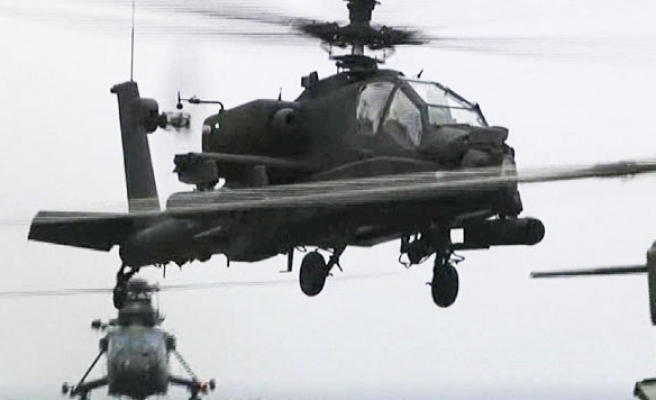 NATO staged a major military exercise in Latvia on Saturday in a practical demonstration of NATO leaders' commitment to defend its Baltic member states in the face of an assertive Russia.

A NATO meeting in Wales on Friday agreed to form a new rapid reaction force and to step up exercises in eastern Europe in response to Russia's actions in Ukraine.

Allies in the Baltics fear Russian President Vladimir Putin could use the same rationale as he used to explain intervention in Crimea - defending Russian speakers - to justify an attack against one of the NATO countries in the Baltics, which also have Russian-speaking minorities.

On Friday night around 500 paratroopers landed at Lielvarde airport, about 60 km (35 miles) from Latvia's capital Riga, along with hundreds of vehicles and aircraft as the exercise Steadfast Javelin II simulates a deployment of NATO soldiers and equipment in another country in a crisis situation.

In total, 2,000 soldiers from nine nations are carrying out exercises across five countries - Germany, Estonia, Latvia, Lithuania and Poland from Sept. 2 to Sept. 8.

"We want to assure our people that we are able to protect them," said General Hans-Lothar Domrose, commander of the NATO military command in Brunssum, the Netherlands.

"Certainly on top of this we send a clear message to everyone who wants to threaten NATO, that it's not a thing you should do. NATO will always defend and protect its people," Domrose told reporters in Riga.

To demonstrate NATO's commitment to defending the alliance's members, other exercises will follow Steadfast Javelin in Germany, Norway, Ukraine, Poland this autumn.

NATO Allied Land Command Deputy Commander Lieutenant General Ed Davis said on Friday NATO's decision to create the new rapid reaction force was a turning point, refocusing on the defence of member states' territory after more than a decade of operations in Afghanistan.

He said details of the rapid reaction force still had to be worked out. The "spearhead" of that force is expected to be 4,000 to 5,000 troops who would be able to deploy within 48 hours across the alliance.