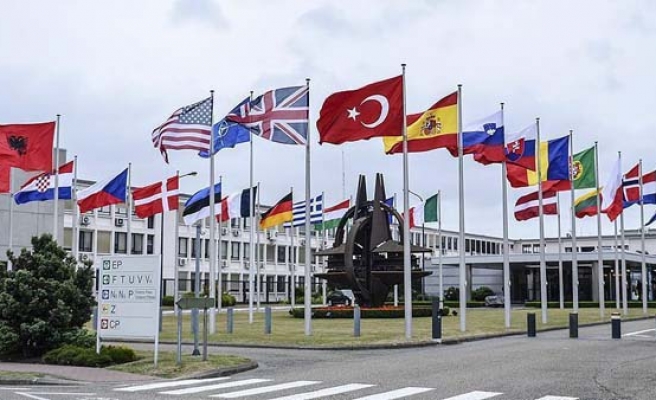 NATO is considering providing support for its ally Turkey to deal with the refugee and migrant crisis, Secretary General Jens Stoltenberg said Wednesday.

Speaking to reporters in Brussels following a meeting with all 28 NATO defense ministers, Stoltenberg said: “We are now considering the request for NATO support [to Turkey] for coping with the migrant and the refugee crisis.”

“This is something we look very carefully into… whether and how NATO could make a contribution and make a difference,” Stoltenberg said.

Turkish Prime Minister Ahmet Davutoglu and German Chancellor Angela Merkel on Monday agreed to ask NATO to provide “observation and surveillance mechanisms” on the Syrian border and in the Aegean Sea, where smugglers are risking refugees’ lives in the perilous crossing to Greece.

The passage of Syrian refugees through Turkey and on to Europe emerged as a major crisis towards the end of last year, when 1.1 million refugees crossed into Europe -- around 850,000 via Turkey. In addition, Turkey is hosting 2.7 million Syrians who have fled the five-year conflict.