NATO to set up joint training center with Georgia

Troops from NATO, Georgian and other nations to train and exercise in Tbilisi, says NATO Secretary General. 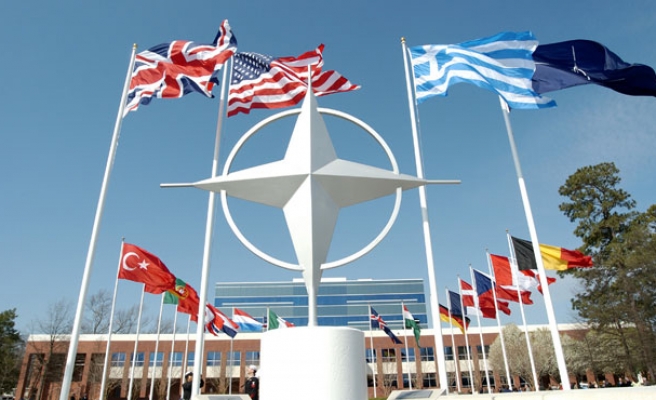 World Bulletin / News Desk
NATO is to set up a joint training center in the Georgian capital of Tbilisi, the alliance’s Secretary General Jens Stoltenberg has said.

Stoltenberg told reporters in Brussels on Thursday that troops from NATO, Georgia and other NATO-partner nations would train and exercise at the center.

Stoltenberg said: ‘’NATO-Georgia relations are very strong, and they are deepening."

The move signals a strengthening relationship between NATO and the former Soviet Republic, which fought a war in 2008 with Russia over the Russian-backed breakaway regions of South Ossetia and Abkhazia.

NATO had announced on Jan. 30 that it hoped to open a training center in Georgia by the end of 2015.

Russian President Vladimir Putin and President Raul Khadzhimba of Abkhazia signed a treaty with Moscow on Nov. 24, 2014, which aimed to develop a common defense and security space in the region.

''And we see with concern that Russia is preparing to sign a similar agreement with the South Ossetian region of Georgia,'' Stoltenberg said.

NATO has accused Russia of providing pro-Russian separatists in eastern Ukraine with military equipment - allegations Russia denies, while other observers have said U.S. troops are involved in clandestine operations in the region.

Stoltenberg said on Thursday: "There has been a substantial increase in heavy equipment provided by Russia in eastern Ukraine and we also have seen training and we have seen Russian forces in Ukraine."

However, Stoltenberg said it was not possible to specify the numbers of Russian forces in Ukraine.