Foreign ministers from the 29 allies will meet Ukraine's foreign minister on Tuesday to discuss last week's incident in the Sea of Azov, in which the Russian navy seized three Ukrainian ships and 24 sailors. 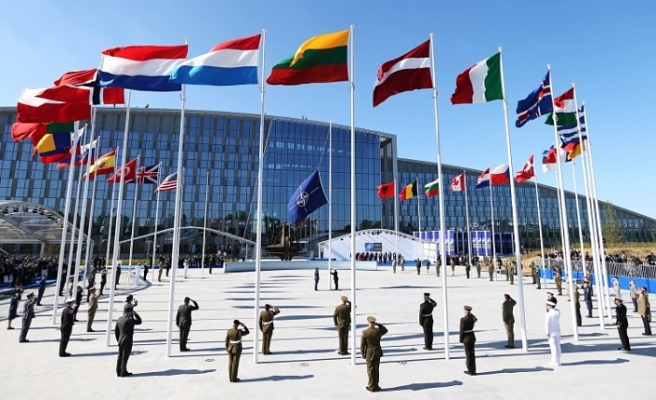 NATO chief Jens Stoltenberg on Monday demanded Russia end its naval standoff with Ukraine, but refused to pledge new support for Kiev, as the alliance sought to avoid escalating the crisis.

Ministers will also tackle the Intermediate Range Nuclear Forces (INF) treaty, which Washington has announced it will abandon in response to Russian violations, with Stoltenberg promising a "measured, proportionate" response.

European leaders used weekend G20 meetings in Buenos Aires to press Russian President Vladimir Putin over the Ukraine spat, but Western powers are wary of taking steps that might inflame the situation.

Ukraine's President Petro Poroshenko looks likely to be disappointed in his call for NATO to deploy naval vessels to the Sea of Azov, an offshoot of the Black Sea.

Stoltenberg repeated a call for Russia to release the sailors and ships and allow unhindered access to Ukrainian ports in the Sea of Azov.

He said he expected ministers to "convey a very clear message to Russia" but refused to offer any fresh practical support measures for Kiev, simply outlining the ways NATO has raised its profile in the Black Sea.

"NATO has already increased our presence in the Black Sea -- significantly more days with NATO ships at sea this year than last year, and we have more air policing... more presences in the Black Sea in general," Stoltenberg told reporters.

"We will of course closely monitor the situation in that region also in light of what we saw a few days ago."

Last week's incident was the first open military confrontation between Russia and Ukraine since 2014, when Moscow annexed the Crimea peninsula and pro-Kremlin separatists in the east entered into conflict with Ukrainian forces.