Navalny has refused to accept the results and has cited election observers whose count put Sobyanin below the 50 percent threshold. 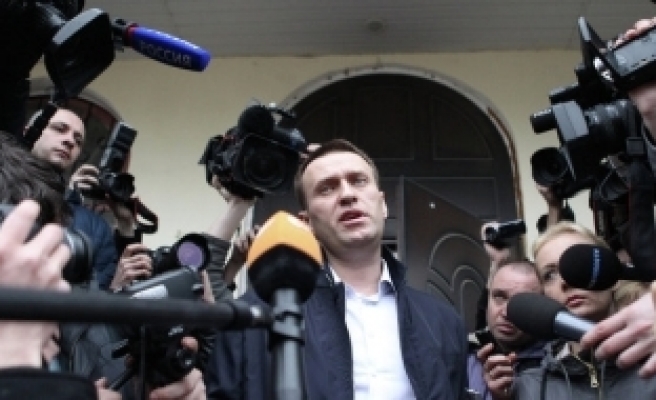 Russian President Vladimir Putin's most prominent opponent, Alexei Navalny, said on Wednesday he would file hundreds of legal challenges to Moscow mayoral election results he says were rigged to give a Kremlin ally victory.

Sergei Sobyanin, who was appointed mayor by the Kremlin in 2010 but called an early election to increase his legitimacy, won the vote on Sunday with 51.3 percent - enough to avoid a second-round run-off against Navalny, who had 27.3 percent.

Navalny, an anti-corruption blogger who helped lead street protests against Putin in the past two years, has refused to accept the results and has cited election observers whose count put Sobyanin below the 50 percent threshold.

"Everybody's asking: Where are the lawsuits? If you're unhappy with the results and believe there was fraud, why aren't you complaining?" Navalny wrote on his blog. "I answer: We are preparing well-grounded legal complaints. It takes time."

He said his team would file one suit at Moscow's main court on Thursday calling for the entire election to be annulled, and 951 separate complaints at district court seeking to overturn results from individual polling places.

He alleged violations including vote buying, illegal campaigning for Sobyanin on state-funded television and abuses of the system of voting at home to skew the results in favour of Sobyanin.

Navalny's showing was far stronger than opinion polls had forecast and may have rattled Putin, but there appears to be little chance his legal challenge will succeed in Russia's courts, which Kremlin critics say follow orders from the state.

Putin is expected to attend Sobyanin's inauguration ceremony on Thursday.

But a rally that had been planned before the election for Saturday was called off to focus on the legal battle, and there was no immediate sign the protest movement that faded after Putin won a third term in March 2012 was erupting again.

Analysts say the scale of violations was smaller than in Russia's December 2011 parliamentary election when accusations of widespread fraud in favour of Putin's United Russia party triggered the biggest protests of his 13-year rule.

Navalny, 37, has a five-year jail sentence hanging over him after being convicted of theft at a trial he says was the Kremlin's revenge for his political activism.

A day after his conviction in July, a court freed him pending a ruling on his appeal, enabling him to continue the election campaign.

If he loses his appeal, he will be unable to run in elections while in jail, which would keep him out of a 2018 presidential vote in which Putin has not ruled out seeking a fourth term.