A much anticipated agreement for weapons withdrawal deal has been signed, hoping for a complete withdrawal by mid-October. 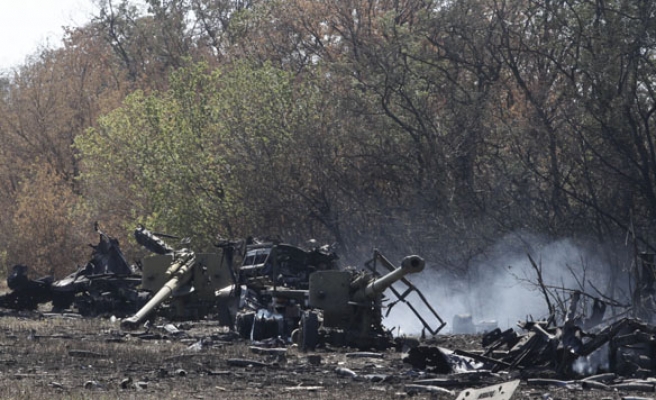 Key representatives from Russia, Ukraine and the Organization for Security and Cooperation in Europe reached a much anticipated agreement late on Tuesday on the withdrawal of tanks and other weapons from the frontline in eastern Ukraine.

"This is a document that opens a path to peace, a path to an end of violence and attacks," Russian negotiator Azamat Kulmukhametov said.

The deal also adds to a broad agreement that was signed in February with the aim of ending the conflict between the Western-aligned Ukrainian government and Russia-backed rebels.

The leaders of Russia, Ukraine, France and Germany, will meet in Paris on Friday to try to push forward a political settlement for eastern Ukraine, where the fighting has killed more than 8,000 people since it began in April 2014.

To lay the groundwork for that meeting, their foreign ministers attended a meeting in Berlin on Sept. 12 and afterward expressed hope that the agreement on withdrawing weapons could be signed within days, but the talks were extended for more than two weeks.

The cease-fire declared as part of the February agreement was regularly violated by both sides until they declared a new truce on Sept. 1, which has largely been upheld.

The agreement that was signed on Tuesday in Minsk, Belarus, by the so-called Contact Group calls for tanks, artillery and also mortars up to 120 mm to be pulled back at least 15 kilometers (9 miles) from the frontline, OSCE negotiator Martin Sajdik said.

The withdrawal will commence after the deal is signed by rebel leaders and will take 39 days to complete. Rebel representatives at the talks said their leaders will on Wednesday.

The OSCE will also monitor the withdrawal of the weapons, Sajdik said.