Nemtsov, 55, was shot four times in the back near the Kremlin in central Moscow on Friday and sympathisers on Saturday placed flowers at the place where he was shot. 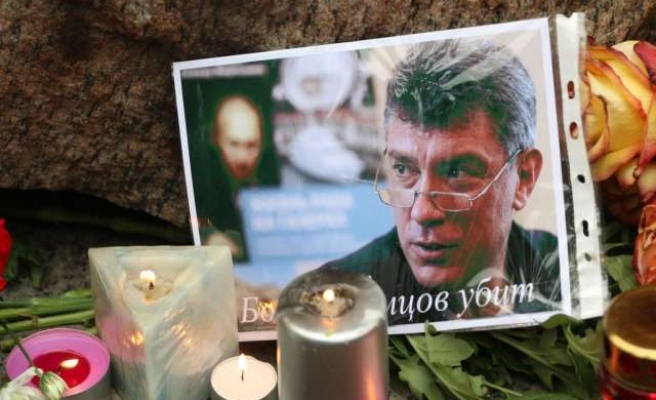 Poroshenko paid tribute to Nemtsov, who was shot dead late on Friday, and said the fierce critic of President Vladimir Putin had told him a couple of weeks ago that he had proof of Russia's role in the Ukraine crisis and would reveal it.

"He said he would reveal persuasive evidence of the involvement of Russian armed forces in Ukraine. Someone was very afraid of this ... They killed him," Poroshenko said in televised comments during a visit to the city of Vinnytsia.

More than 5,600 people have been killed since pro-Russian separatists rebelled in east Ukraine last April, after the ousting of a Moscow-backed president in Kiev and Russia's annexation of the Crimea peninsula.

Kiev and its Western allies say the rebels are funded and armed by Moscow, and backed by Russian military units. Moscow denies aiding sympathisers in Ukraine, and says heavily armed Russian-speaking troops operating without insignia there are not its men.

Meanwhile, Russian President Vladimir Putin promised the mother of murdered opposition politician Boris Nemtsov on Saturday that everything will be done to find and punish her son's killers, the Kremlin said.

In the telegram to Dina Eydman, mother of Nemtsov, Putin said: "Everything will be done so that the organisers and executors of this vile and cynical murder are punished."

He said Nemtsov had left a mark in Russian history, politics and public life and had always defended his point of view honestly.

A former deputy prime minister who had feared he would be murdered, Nemtsov was the most prominent opposition figure killed in Putin's 15-year rule.