Netanyahu visits Greece to find another partner after Turkey

Israeli PM begins highest-level visit to Greece, in a sign Israel is looking beyond its troubled alliance with Turkey for other strategic Mediterranean partners 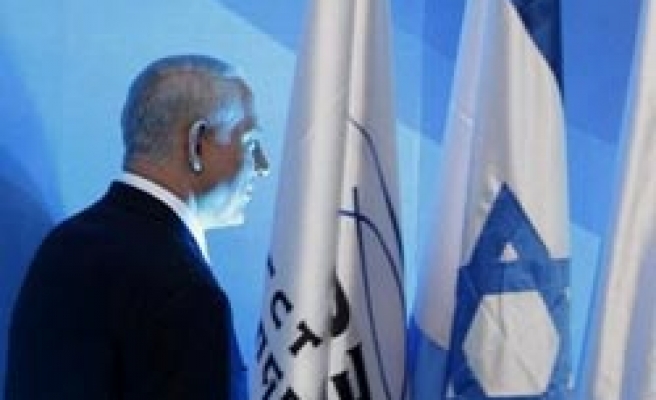 Prime Minister Benjamin Netanyahu begins Israel's highest-level visit to Greece on Monday, in a sign Israel is looking beyond its troubled alliance with Turkey for other strategic Mediterranean partners.

Netanyahu's two days in Athens come a month after a visit by Greek Prime Minister George Papandreou to Israel, and follow a May Israeli raid on a Gaza-bound aid flotilla that killed 9 Turkish citizens and soured Israel's ties with Ankara.

Netanyahu and Papandreou were to hold talks later on Monday in the Greek capital to explore the possibility of improving trade and defence ties, Israeli and Greek officials said.

"There is a new warmth in Israeli-Greek relations," a senior Israeli official travelling with Netanyahu told Reuters.

Long a traditional ally of Arab states, Greece forged full diplomatic ties with Israel later than other European countries, only in 1990, and has lately signalled a desire for closer relations, and a greater role in Middle East diplomacy.

Papandreou told Israeli media during his July visit about stepped-up U.S.-backed efforts to start direct Israeli, Palestinian talks: "We won't impose ourselves but yes, we could help, it's in our interest and the interest of the Middle East."

Turkey, the only largely Muslim NATO state, had long played an intermediary role between Arab states and Israel. It also had close military and intelligence relations with the Israelis.

But relations deteriorated after Turkey strongly criticised the Israeli attack on the Palestinian territory of the Gaza Strip in December 2008, and cancelled several planned joint manoeuvres. They hit a new low point after the deadly Israeli raid of a Turkish-backed aid flotilla to Gaza two months ago.

Netanyahu also anticipated discussion of diplomacy with the Palestinians, the senior Israeli official said. Israel "will of course be sharing...thoughts with Greek leaders on how to move (the) peace process forward," the official added.

Greece, for its part, wants to establish closer relations with Israel, a Greek official said.

In courting Greece, the Israelis may well hit on Turkish sensitivities.

Relations between Greece and Turkey have traditionally been tense and the two countries came to the brink of war on several occasions in the late 20th century. In recent years they have improved greatly, but old rivalries linger.

Officials from both Israel and Greece said topics on the agenda would include increasing tourism, seeking greater Israeli investment in Greek industry and ecological projects such as water conservation.

"In terms of political and defence cooperation, we are interested in exploring closer cooperation in these areas as well," the senior Israeli official said.