Outgoing foreign minister Radoslaw Sikorski, one of Poland's most high-profile politicians on the international stage, is to be given the job of speaker of parliament 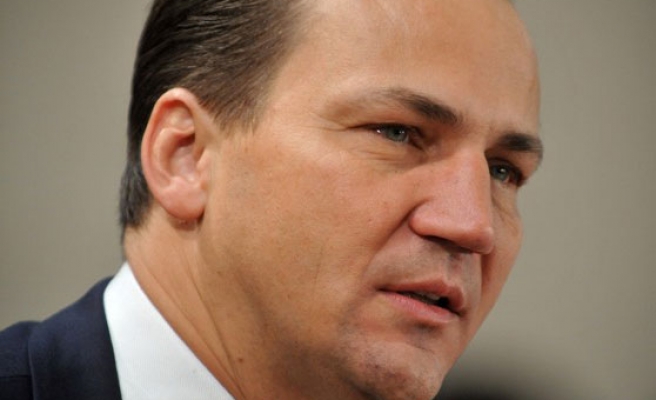 Poland's prime minister designate, Ewa Kopacz, brought party rival Grzegorz Schetyna into her new government as foreign minister on Friday to try to neutralise a potential challenge to her authority.

Outgoing foreign minister Radoslaw Sikorski, one of Poland's most high-profile politicians on the international stage, is to be given the job of speaker of parliament, on paper the second most senior role in the state after the president.

Kopacz, announcing her new cabinet line-up at a ceremony at Warsaw's University of Technology, left the other big ministerial posts -- finance, defence, and treasury -- unchanged. For the full line-up, click on

She said her selections were intended to ensure continuity of the policies started by outgoing Prime Minister Donald Tusk, her mentor who is leaving for a senior post in Brussels, and to preserve unity in the ruling Civic Platform party.

"I wanted a strong government with the backing from the whole of Civic Platform," said Kopacz, who will become Poland's second woman prime minister when she is confirmed in the post.

"We have elections next year, and as they say, it's all hands on deck. That's why Grzegorz Schetyna is in the government."

Kopacz, until now speaker of parliament, was hand-picked by Tusk to take over from him after he was appointed President of the European Council, responsible for chairing European Union summits.

Kopacz will be formally appointed as prime minister by the president on Sept. 22. Under the constitution, she then has two weeks to submit her government to a vote of confidence in parliament, where the ruling coalition has a small but usually reliable majority.

During Tusk's seven years in power, Schetyna tried several times to challenge him but was sidelined. When Schetyna lost his job as speaker of parliament, Kopacz replaced him and later took his job as the Civic Platform's first deputy leader.

After Tusk announced his departure for Brussels, Schetyna said he would run for leadership of the Civic Platform, a post Tusk is vacating. That would be a direct challenge to Kopacz, as by tradition the prime minister is also party leader.

A senior Civic Platform figure close to Kopacz told Reuters that Schetyna's plan to run for the party leadership was "a low blow."

The decision to bring Schetyna into the government could be enough to persuade him and his faction within the party to stay loyal to Kopacz, at least until the parliamentary election due to take place late next year.

Sikorski, a former war reporter who is married to Pulitzer Prize-winning author Anne Applebaum, had earlier this year been tipped as a possible new NATO secretary-general or as the EU's chief diplomat.

Kopacz said he had not been fired. "It is a promotion. It is a strong, sovereign position for a strong politician. There will be no surprises. He will become the parliamentary speaker," she told reporters.

Finance Minister Mateusz Szczurek will remain in his post, as will Treasury Minister Wlodzimierz Karpinski, who oversees the state's stakes in some of Poland's biggest companies.

Defence Minister Tomasz Siemoniak keeps his job and is given the additional title of deputy prime minister.