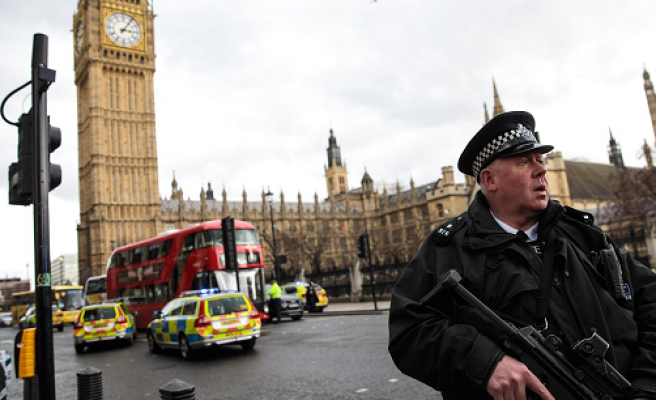 A new U.K. police unit to crack down on a rising tide of online hate has been welcomed by campaigners, but some are warning the new measures do not go far enough.

The U.K. government announced last weekend a new unit of experts which will “channel all reports of online hate crime”.

“What is illegal offline is illegal online, and those who commit these cowardly crimes should be met with the full force of the law,” she said.

A surge in reports of hate crime followed Britain’s EU referendum in June 2016, while official police figures said there was another spike around the terrorist attacks that hit the U.K. earlier this year.

A total of 62,518 hate crimes were recorded by forces in England and Wales in 2015/16, while the Crown Prosecution Service dealt with a record 15,442 hate crime cases.

The new hub will become operational by the end of the year according to the Home Office, however, how it will operate and what tools it will use to identify and categorize targeted online hatred have yet to be specified.

Run by officers for the National Police Chiefs Council (NPCC), it will work “to ensure online cases are managed effectively and efficiently,” according to the Home Office. “It will clearly set out the [police] force responsible for further action in each case, removing any uncertainty which could arise when, for example, a victim is located in one area, with the alleged perpetrator in another.”

Rudd said the online hate crime hub will be “an important step to ensure more victims have the confidence to come forward and report the vile abuse to which they are being subjected”.

“With the police, we will use this new intelligence to adapt our response so that even more victims are safeguarded and perpetrators punished,” she said.

Its arrival comes as the number of hateful messages and fake news targeting Muslims and other minorities is on the rise. Islamophobic attacks on Muslims and mosques in the wake of this year’s Manchester and London terror attacks have also gone up.

Alison Saunders, a lawyer and Director of Public Prosecutions at CPS promised action and stiffer penalties for offenders.

Writing for British daily the Guardian, Saunders said it was vital to counter hate speech online as it could fuel physical violence.

“Left unchallenged, even low-level offending can subsequently fuel the kind of dangerous hostility that has been plastered across our media in recent days," she wrote.

"That is why countering it is a priority for the CPS," she added.