New Ukraine govt expected to be formed next week 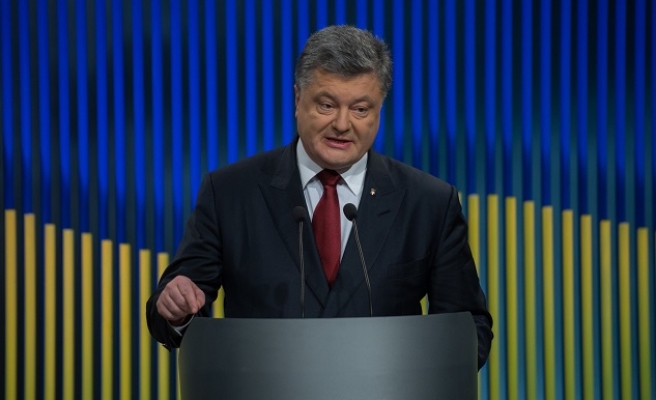 The economically-depressed and conflict-riven country has been roiled by weeks of uncertainty over its future and a sharp drop in the popularity of both Poroshenko and Prime Minister Arseniy Yatsenyuk.

Poroshenko attempted to resolve the political strains by asking Yatsenyuk to step down on February 16 due to his seeming failure to tackle government graft.

Yatsenyuk refused and that same day survived a no-confidence vote in parliament thanks to support from his own party and lawmakers that Ukrainian media have linked to three powerful tycoons who enjoy great political sway.

But two junior members of the pro-Western coalition that formed in the wake of October 2014 parliamentary elections broke ranks with the government after that vote.

The conflict between Ukraine's two main leaders and doubts about the government's future saw International Monetary Fund chief Christine Lagarde note that she could not see a way that lending to Kyiv could continue under current circumstances.

Poroshenko told reporters in the eastern city of Kharkiv on Wednesday that he was ready "to support any candidate for prime minister submitted by the (parliamentary) coalition."

"I stress that it is in Ukraine's interests to see the government confirmed next Tuesday."

But Ukrainian law stipulates that parliament cannot hold two votes of no confidence in the government in the same session and can only pick the prime minister's replacement after the serving one resigns -- something Yatsenyuk has not done.

The premier himself said Wednesday that he hoped "the political crisis can be resolved as soon as possible."

"I am waiting for further decisions to be made both by the parliamentary coalition and -- most importantly -- the president's party and the president himself."

Poroshenko controls parliament's largest faction. The one headed by Yatsenyuk closely trails in second and has previously voted in line with the president's group.

Yatsenyuk's party has until now supported his position but has also indicated that it was willing to engage in political talks.

But she appears to lack the required votes in parliament and some Ukrainian media speculate that the chamber's speaker Volodymyr Groysman -- a close ally of the president -- may emerge as the consensus candidate.