No link to Belgian attack plot from those detained in Greece

Greek authorities have detained several people for questioning in connection with the foiled plot to attack Belgian police, Greek police said on Saturday. 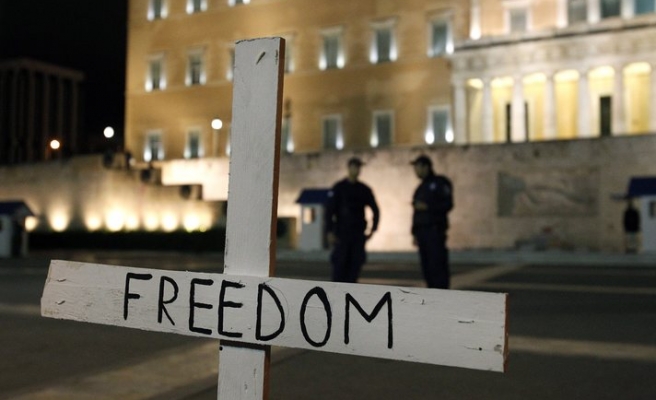 Greece said it had found no evidence linking people they detained for questioning on Saturday to a foiled plot to attack Belgian police.

Greek police detained over a half dozen people and were sending DNA samples to Belgian counterparts. Belgian state broadcasters said authorities were seeking a Brussels man of Moroccan origin who was hiding in Greece.

"We have not identified anyone related to the Belgian plot from the people we detained," a senior Greek police official told Reuters.

On Thursday, police killed two gunmen during raids in the east Belgian town of Verviers. Thirteen suspects were arrested throughout the country and two others held in France on Belgium's request.