No progress a year into neo-Nazi case in Germany

It has been exactly one year since the court case against the far-right NSU started in Germany. 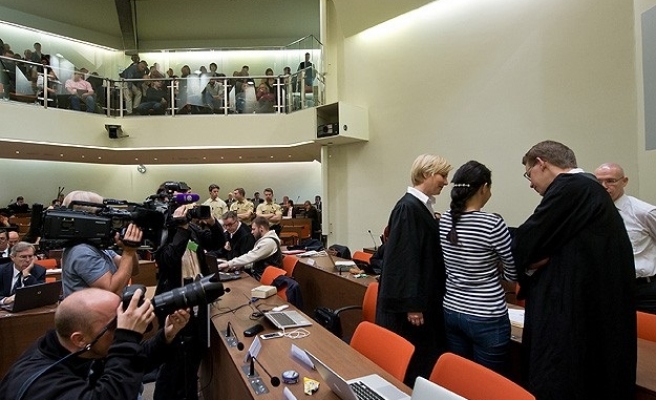 It has been one year since the trial of Germany's only living former member of the far-right terror organization NSU, Beate Zschaepe, and four other financiers began.

Despite being a year into one of the most important trials in Germany's recent history, light is still yet to be shed on the shadowy organization's network as Beate Zschaepe maintains his right to remain silent.

In an attempt to buy time, the defendants' lawyer are insisting that their clients no longer remember all the details of the events and therefore cannot produce further evidence or provide more information on murder cases in the hearings.

On Tuesday, the 110th hearing of this case - which has until now seen 246 suspects and witnesses questioned - will commence. Beate Zschaepe's silence, however, continues to frustrate the Munich court with his silence.

Germany's Justice Minister Heiko Maas called on his people to do all they can to prevent the repeat of such tragic events in a statement marking the first anniversary of the case, adding that Germany could not neglect the role of far-right elements in the police and judiciary.

Maas also said that the legal process was not enough to win the struggle against the far-right and called on everyone to do their part.

Along with Beate Zschaepe, National Democrat Party director Ralf Wohlleben is also being tried. The other suspects include Andre Emmerich, Holger Gerlach and Carsten Schultze. They are accused for 10 murders, 2 bomb attacks and a number of robberies between 1999 and 2011. 8 Turks killed between 2000 and 2007 are among their victims.

NSU members Uwe Böhnhard and Uwe Mundlos are believed to have committed suicide when they were found dead in a van they had rented to carry out a bank robbery in 2011. On the same day, Beate Zschaepe was discovered in a hide-out with incrimination documents and a number of weapons.