"If Greek side comes to the table in order to solve the problem, we could reach an agreement on the fundamental issues by the end of the year " Turkish Republic of Northern Cyprus President Dervis Eroglu said on Saturday. 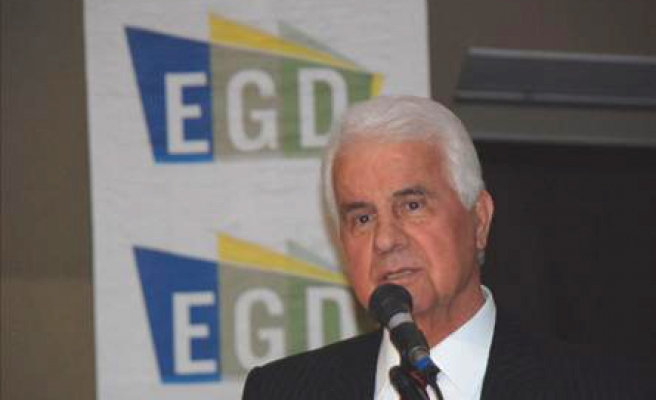 Turkish Republic of Northern Cyprus (TRNC) President Dervis Eroglu said on Saturday that Turkish side wanted to start negotiations in October 2013 and he stated that the problem could have been resolved by March 2014 if the Greek side came to the table.

"We are planning to start negotiations intensively in October and get result from it." Eroglu told press members after meeting with UN Secretary General Ban Ki-moon in New York, "As a Turkish side, we've stressed that we are ready to make a result oriented negotiations immediately for a comprehensive solution."

Northern Cyprus President also talked about the timetable for a solution.

"If Greek side comes to the table in order to solve the problem, we will reach an agreement on the fundamental issues by the end of the year and on the details by January or February in 2014. Thus, we could resolve the problem completely in March with a referendum to be held in both sides," he told press members.

Stating that [Greek Cypriot leader Nikos] Anastasiadis was wasting people's time by bringing up the Maras subject, Eroglu emphasized that Turkey and Northern Cyprus do not have an agenda like Maras.

In response to a question on if they couldn't find a solution to the Cyprus issue, Northern Cyprus President stressed that they would increase their investment in sectors like tourism and education, which bring in money to the island.

Talks were stalled since January 2012 due to postponements made by Greek Cypriot administration for various reasons and no progress has been made so far in the UN-backed talks between Turkish and Greek Cypriot leaders.

Greek Cypriots had rejected in a referendum over a UN peace plan, otherwise known as the Annan plan in 2004 while Turkish Cypriots were accepting the plan with a great majority in a separate referendum held in Turkish side of the island.

The grift situation in Cyprus has continued since 1974 peace operation by Turkish Armed Forces to end the anarchy and murders targeting Turkish Cypriots by armed militia of some organizations such as EOKA, which aimed a Greece - Cyprus unity.