The parties missed a statutory deadline Thursday to get a semi-autonomous government up and running in Belfast but were given until Monday to sort out their remaining differences. 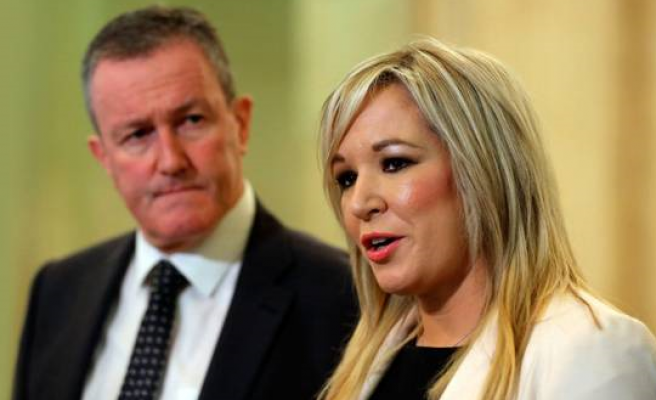 Over-running talks on forming a power-sharing government in Northern Ireland were to resume Saturday but the two main parties were still sniping at each other rather than making any progress.

Negotiations between the Democratic Unionist Party (DUP) and Sinn Fein -- which started three months ago -- broke up Friday without an agreement.

The power-sharing Northern Ireland Assembly is a cornerstone of the peace process that ended three decades of violent conflict in the province, broadly split between Protestant British unionists and Catholic Irish nationalists.

If no deal to install an executive is reached by Monday, the British government will spell out the next steps.

The province could be fully governed from London or face an unwelcome second snap election.

"The prime minister recognised that constructive discussions had taken place between the parties and urged them both to come together reach a collective agreement so that devolved government could be restored in Northern Ireland," a Downing Street spokeswoman said.

"We will stay here as long as there is a glimmer of hope that there will be success in these talks, but we are realists and we are experienced negotiators and we know there needs to be a step change in these talks," O'Dowd said.

But the DUP hit back, with negotiator Edwin Poots telling Sinn Fein to "get moving so we can get government back in place".

"I think Sinn Fein can do the business very quickly, they know what's required of them," he said.

Tensions between the two main parties boiled over in January and Irish republicans Sinn Fein pulled out of the executive, citing frustration with their unionist rivals.

That triggered a March 2 snap election in which the conservative DUP saw its lead over socialists Sinn Fein slashed.

Talks between them and three other parties -- more moderate unionist and nationalists, and the cross-community Alliance -- have so far proved fruitless.