Pracon is one of the 600-or-so survivors of the massacre at Utoeya island, where Breivik killed 69 people, most of them youngsters at a Labour Party youth camp. 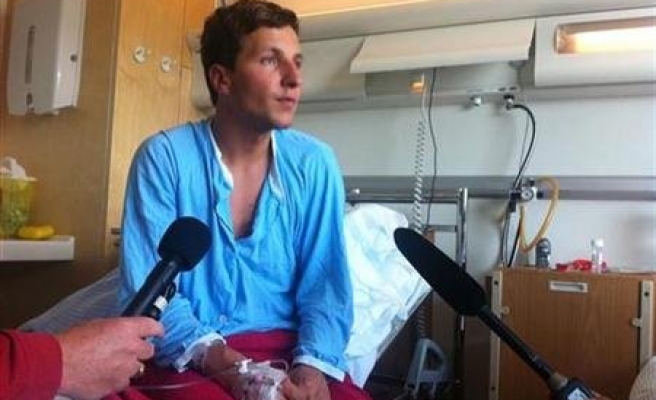 Adrian Pracon is determined to return to the island where he nearly died. Only a month ago, terrified and panicked, the 21-year-old was playing dead while Norwegian killer Ander Behring Breivik was standing over his body, the gun so close he could feel the warmth of the barrel.

Pracon is one of the 600-or-so survivors of the massacre at Utoeya island, where Breivik killed 69 people, most of them youngsters at a Labour Party youth camp.

On Saturday they will return to the island for the first time, a day before a national day of remembrance across Norway. At least 1,000 people are expected to travel to Utoeya.

The relatives of those who were killed came to the island on Friday to mourn and hear from police where and how they died.

"I need to cry, I need to feel. I think I am still in denial," Pracon told Reuters. "It will be good for me to do this process of trying to proceed with my life and realise that this has happened. It will help remember what actually happened."

On July 22, Pracon came several times face-to-face with the killer. During one encounter, he saw him coming out of the woods and shooting at people.

"He was shouting that he was going to kill us all," said Pracon. "He turned towards me. You feel trapped, like you have no place to go or that there is nothing you can do. You just hope that he is going to shoot in the head, in the heart to make it go fast. All I could say was: 'Don't shoot'."

"I remember him pointing the machine gun at me for quite a long time before he took it down, turned and walked away."

Later, the young man lay still on the ground, pretending to be dead. "I was shaking terribly, I was also breathing very fast but it all stopped at that moment because the body understands that it must be still," he said.

"Suddenly I could hear him place his boots right in front of my face. I could feel the warmth of the gun barrel he was pointing at me. I thought: 'Now it is over. Now he's got me'."

The killer aimed at Pracon's head and fired a shot. He missed and the bullet entered the left shoulder.

Returning to the massacre site will help survivors come to terms with the trauma they experienced, said Lars Weisaeth, a professor of disaster psychiatry at the University of Oslo.

"If you have survived a harrowing experience, you do not have a narrative, a continuous story to tell. What you remember is a series of fragmented, extremely strong impressions -- visual and acoustic," he told Reuters.

"(Going back will) link this together so that they can have a very exact picture of the physical circumstances."

Several hundreds of Red Cross volunteers, health personnel, police and psychiatrists will be on hand to help the survivors through the day.

After leaving the island and spending a week in hospital, Pracon resumed work, keeping a hectic schedule to try to maintain some distance from his emotions.

"I am trying to get back to the feelings ... and what I feel about this," he said. "It is going to be an extremely emotional day when I get back on the island."

"I still remember his face every time I close my eyes ... He was stone cold."

On Friday, a Norwegian judge ruled that Breivik would remain in solitary confinement for the next four weeks -- conditions the self-described "Crusader" saw as "boring, monotonous and as a sadistic method of torture".

Pracon said it was very good for him to know that Breivik was being held in isolation and was unable to communicate.

"We are not ready to hear anything from him or to see him. Maybe later but now is not the time," he said. "He can express himself through the court, the police, through the priest at the jail he is held at. He is getting attention."

"I don't want to hear anymore of his propaganda. He has spoken, it is over and we have won."