Anders Behring Breivik, a far right Norwegian extremist, on Friday was sentenced to 21 years in prison for killing 77 people in two separate attacks in Norway in 2011. 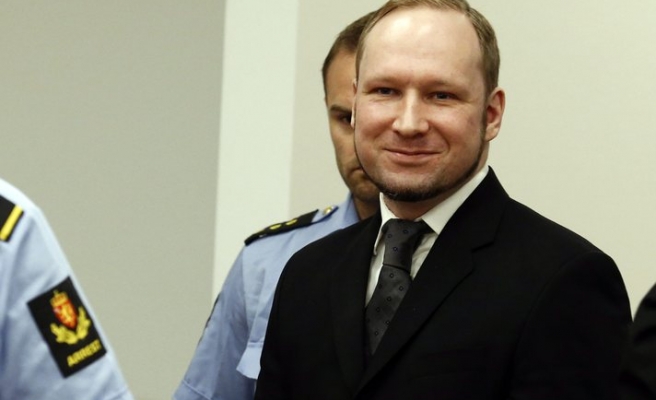 Anders Behring Breivik, a far right Norwegian extremist, on Friday was sentenced to 21 years in prison for killing 77 people in two separate attacks in Norway in 2011.

A regional court in Norwegian capital of Oslo announced the court's verdict on Breivik on Friday as Breivik and his attorneys listened.

Relatives of those killed and wounded as well as some of the wounded individuals themselves attended Norway's historic trial.

Breivik was brought to the trial with his hands cuffed. He was kept in a glass cubicle and seemed to be very calm.

Once the trial began, Breivik's handcuffs were removed.

He listened to verdict by smiling

On the last day of the trial, the verdict was issued by a chief judge and five others.

The chief judge read out the verdict and said Breivik was sentenced to 21 years in prison for killing a total of 77 people in 2011.

Breivik was seen smiling as he listened to the court's verdict.

The chief judge said that Breivik was sane enough to be held criminally responsible for Norway's worst attacks.

Turkish girl among those killed

During his trial, Breivik had said that he was sane and he conducted the terror acts to protect his country and Europe from Muslims.

Breivik confessed to the attacks during his trial, giving details on how he detonated a car bomb at the government headquarters in Oslo and how he opened fire at a summer camp of the governing Labor Party's youth wing.

18-year old Turkish girl Gizem Dogan was among those killed at the camp.

Breivik is considered to be the "most hated character" in Norway.

Breivik, through his attorneys, had said that he would appeal any verdict describing him as a mentally ill person but that he would not make any appeal if he was given a prison sentence.

This anti human terrorist been punished after one complete year just because he is ...