Jens Breivik said that he feared his son could influence other extremists from jail with his radical right-wing anti-immigrant ideology.﻿ 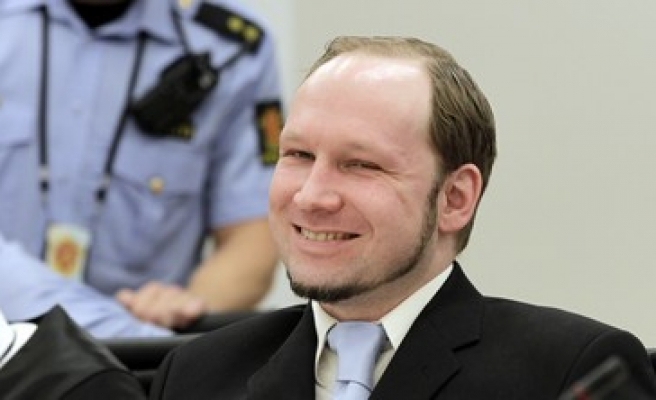 The father of Anders Behring Breivik, who massacred 77 people in central Oslo and at an island summer camp in 2011, said on Thursday his son's fascist, anti-immigrant views seemed to be getting ever more extreme in jail.

"It's not nice being the father of a mass murderer," former diplomat Jens Breivik, 78, told a news conference to launch an autobiography entitled "My Fault?". He said the discovery that his son was the killer exceeded a parent's worst nightmares.

"I believe he is getting more and more extreme, maybe he will be more dangerous," Jens Breivik said after his 35-year-old son sent him a rambling letter refusing his request for a first meeting since the murders.

Breivik detonated a bomb in central Oslo on July 22, 2011, killing eight, then took a boat to an island where the ruling Labour Party were holding a summer camp and shot dead 69 more people, mostly teenagers. He was sentenced to 21 years in jail, the maximum in Norway though the term can be extended if there is deemed to be a risk he would commit new crimes.

Jens Breivik said as a father, he nurtured only a "small hope" his son would ever show remorse.

Anders Breivik's letter to his father demanded that he should declare himself a fascist as a pre-condition for meeting and also denounced Anders's grand-parents for failing to side with Hitler's Nazis who occupied Norway during World War Two.

Jens Breivik told Reuters that he feared his son could influence other extremists from jail with his radical right-wing anti-immigrant ideology.

In the book, he agonises over whether better parenting could have prevented the killings and said he regrets once saying he wished Anders dead.

"I was very upset, furious at him for what he had done. I regretted saying that. He should be judged, it's not up to me to judge," he told Reuters on a rare visit from his home in France.

Earlier this month, Anders Breivik separately wrote a letter in which he indicated he was renouncing violence and willing to apologise but set up a string of conditions including that he should be allowed to set up a fascist party.

Jens Breivik has had only intermittent contact with his son since losing a legal battle for custody after a divorce from Anders' mother when he was four. "I have often felt guilt and responsibility for what he did," he said.

Other members of the family have said there were no warning signs as Anders grew up.

Since the massacre, Jens Breivik said he had been tormented by the question "Anders, why did you do this?" And he said "I still think that if I had been a better father he might have been a better person today".

"I was quite paralysed, I was in shock, I understood nothing," he said after finding out what his son had done. "I was in a sort of coma."