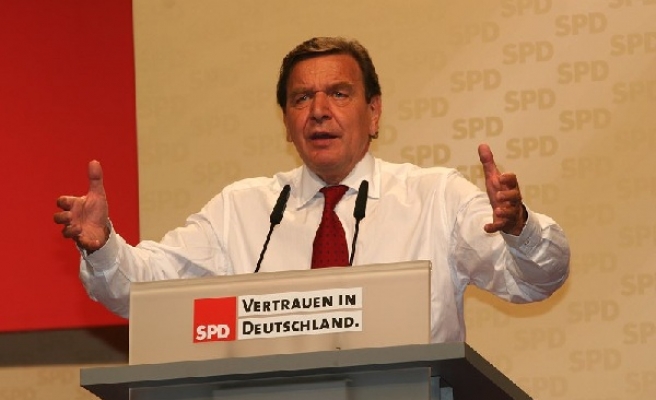 German dailies, Norddeutscher Rundfunk (NDR) and the Suddeutsche Zeitung, wrote that Schroeder was targeted by the U.S.’s National Security Agency (NSA) as he was opposed to and critical of the U.S.'s possible war on Iraq.

“At the time the idea would never have occurred to me, but now it doesn’t surprise me,” the Social Democrat chancellor Schroeder told German media.

The NSA monitored Schroeder since 2002, said the reports.

Documents released by former NSA contractor Snowden revealed that the NSA spied on world leaders, as well as American and foreign citizens since July 2012.

Relations between the U.S. and Germany have not been so low since the 2003 Iraqi war when documents revealed that the NSA had monitored Merkel's mobile phone.