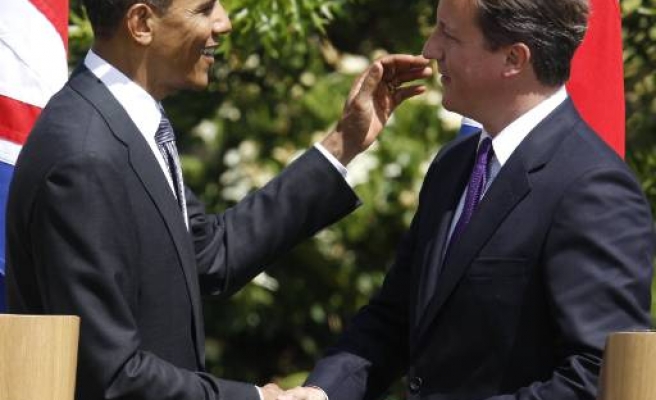 The two leaders spoke by phone as Obama flew from Washington aboard Air Force One to Connecticut.

"The leaders expressed their grave concern over Russia's clear violation of Ukrainian sovereignty and territorial integrity, and both noted that the current circumstances are unacceptable," a White House statement said.

Obama and Cameron discussed international support for Ukraine as it seeks to stabilize its economy and prepare for elections in May.

They noted a dip in the Russian stock market in recent days, saying it was a sign that "Russia has already started to pay a cost for its actions, such as reducing investor confidence in Russia," the White House said.