Ben Rhodes, the US Deputy National Security Adviser for Strategic Communication, suggested that US president Barack Obama may meet Crimean Tatar leader Mustafa Jemilev during a trip to Poland. 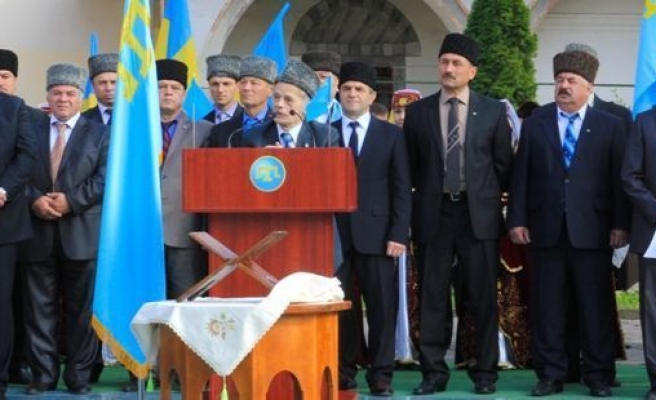 US President Barack Obama may hold a meeting with representatives of the Crimean Tatars during his upcoming trip to Europe, Ben Rhodes, the Deputy National Security Adviser for Strategic Communication announced.

He noted that during the meeting, Barack Obama plans to express his support to the Crimean Tatars.

The US president had previously expressed his extreme concern about the situation of the Crimean Tatars as well as reports of rights violations.

Obama plans on meeting Ukraine's newly elected president Petro Poroshenko on June 4, in the Polish capital Warsaw after attending the Polish 'Solidarity Prize' ceremony on June 3, for which Crimean Tatar leader Mustafa Jemilev has been nominated.

Jemilev is expected to receive the award for his “contribution to promoting democracy in line with the principles of solidarity.” He was also given a similar state award from Turkey.

It is highly expected that Obama will meet with Jemilev during his visit. Crimea News Agency has reported that Jemilev has already prepared a special gift for President Obama of dolls dressed in traditional Crimean Tatar costumes.

Jemilev, who has been barred from returning to his homeland of Crimea for five years by the local Russian authorities, continues to lead his struggle for his people's freedom as a Ukrainian MP.

The 300,000 native Turkic-speaking Crimean Tatar Muslims, who make up 13% of Crimea's population, are being subjected to a forced assimilation process into Russia since Russia annexed the Crimea peninsula from Ukraine following a referendum in March.

While the majority Russian population of Crimea voted to leace Ukraine in favor of Russia, the Crimean Tatars largely boycotted the referendum, fearing a repeat of the tragic events of 1944 when they were ethnically cleansed by Josef Stalin's Soviet Russia.