The explosion takes place near a TV station in the Ukranian capital. 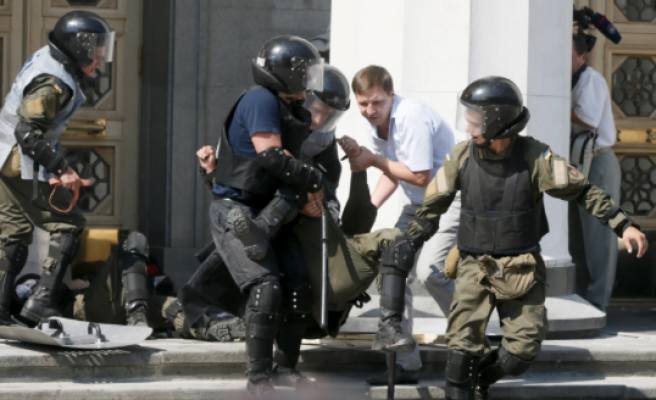 According to the Kiev Police Department spokesperson Oksana Blischik, the explosion happened near the entrance to a TV station in the city.

All of the injured, including Mosiychuk, a member of the opposition Radical Party, were hospitalized immediately.

There is no official statement from authorities on possible suspects or a motive for the blast which was described as 'a deliberate attack' by the Ukrainian officials.