EU is glad its vessels and aircraft helped to save lives 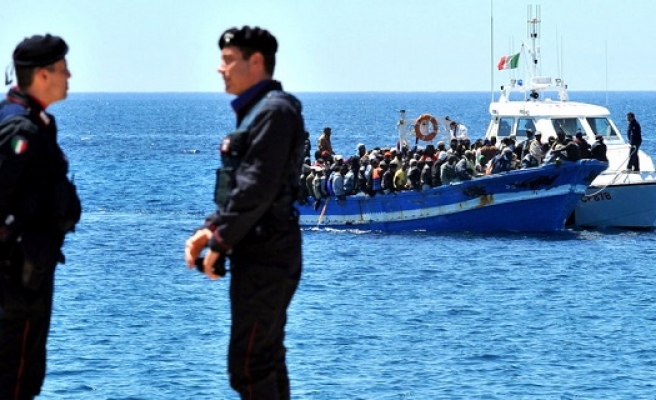 Around 5,300 migrants, mainly from Sub-Saharan Africa, were rescued in the Mediterranean off the Libyan coast last week, EU border agency Frontex said Tuesday.

Most were rescued over the weekend, plucked from wooden or rubber boats, in one of the busiest three-day periods since the Frontex-coordinated operation Triton was launched in November 2014.

"Thousands of migrants have been rescued off the Libyan coast this weekend and I am proud to say that vessels and aircraft funded by Frontex helped save more than half of them," said Frontex Executive Director Fabrice Leggeri.

"We have never had so many people on board before," said Lise Dunham chief commander of a Frontex-deployed Norwegian vessel.

"We had many challenges on Saturday as there were so many boats in need at the same time. We are so happy that we had no casualties,” said Lise Dunham chief commander of a Frontex-deployed Norwegian vessel.

Italy's coastguard on Saturday oversaw the rescue of 4,400 people with help from British, Irish and Norwegian ships.

Saturday's total was the highest recorded for a single day in recent years as calm conditions encouraged people smugglers to leave Libya with boats stuffed with as many paying passengers on board as possible.

Frontex said in its statement that in the first seven months of the year, some 95,000 migrants were rescued in the central Mediterranean.