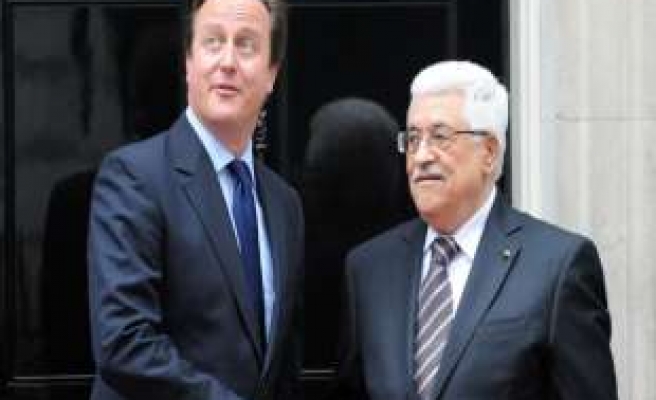 Clegg and Abbas discussed the Syria crisis and progress on the Middle East peace process during their meeting.

Earlier in the week, Abbas, who is on an official visit to the UK addressed British MPs at the House of Commons in a closed-to-press meeting led by Chair of the Foreign Affairs Committee Richard Ottoway where he urged the United Kingdom to follow suit by recognizing the state of Palestine.

The meeting between Abbas and Cameron was held closed to media news and no statements were made after their talk. Yet, a statement was released following the meeting of Clegg and Abbas.

"They discussed progress on the Middle East Peace Process, the impact of the occupation on the Palestinian population and the urgent need to reach a negotiated agreement and also discussed their shared concern at the impact of the Syrian conflict," said the statement of Deputy Prime Minister's Office.

Deputy premier was quoted as saying, "I underlined to President Abbas the UK’s support for the courageous and decisive leadership he has shown, together with Prime Minister Netanyahu, by returning to talks on the Middle East Peace Process. I also paid tribute to President Abbas’ deeply-held commitment to peace."