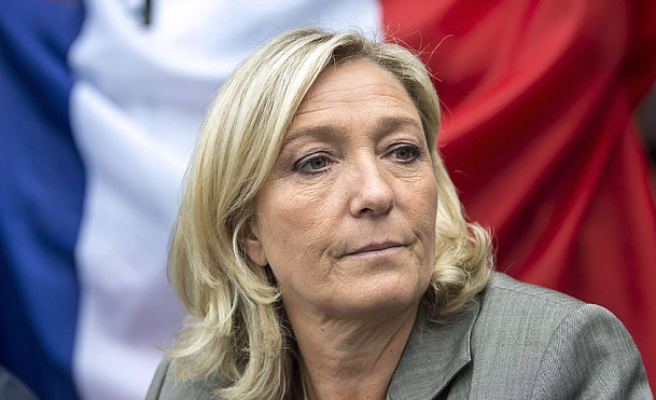 The aim of the system, which sent money to Hong Kong, Singapore, the British Virgin Islands and Panama, was "to get money out of France, through shell companies and false invoices, to evade French anti-money-laundering authorities," Le Monde reported.

"A sophisticated offshore system was put in place between Hong Kong, Singapore, the British Virgin Islands and Panama by the close aides of Marine Le pen," wrote Le Monde on Tuesday.

The aim of the system was "to get money out of France, through shell companies and false invoices, to evade French anti-money-laundering authorities," Le Monde reported.

The claim comes a day after one of the bosses at the French daily suggested a French political party was implicated in the affair known as the Panama Papers, which refers to the vast trove of documents about offshore financial dealings leaked to the global media.

The tax evasion revealed in the leaked documents "is likely to concern French taxpayers," the financial prosecutors' office said.

According to Le Monde newspaper around 1,000 French nationals are implicated in the scandal.

While not all of them have acted illegally it's clear most have sought to escape the gaze of the French tax man.

France's Budget Minister Christian Eckert vowed that all of the information revealed in the historic leak would be studied carefully to examine any paths open to justice.

French President Francois Hollande had earlier promised that the revelations would lead to "legal proceedings" in France.

"It's good news that we are aware of these revelations because it will bring in tax revenue from those who have defrauded," Hollande said, thanking the whistleblowers for revealing the information from Panamanian law firm Mossack Fonseca.

Among the French names who appeared in the Papers, were former budget minister Jerôme Cahuzac, who is already facing trial for tax fraud, and fallen Uefa chief Michel Platini, who is fighting suspension from FIFA over a €2million payment.

Frédéric Châtillon, a close ally of Marine Le Pen is also implicated in the affair although the National Front number two Florian Philippot has denied that the party or its leader had any offshore accounts in Panama.

France is already in the midst of a battle against tax evasion and avoidance and has offered an amnesty to those who own up voluntarily to having hidden taxes from the state.

Thousands have come forward and while many have escaped fines, they have been forced to pay back the tax they owed.

Last year the state pulled in €2.65 billion from 7,800 cases, around 500 of which involved bank accounts or business dealings in Panama.