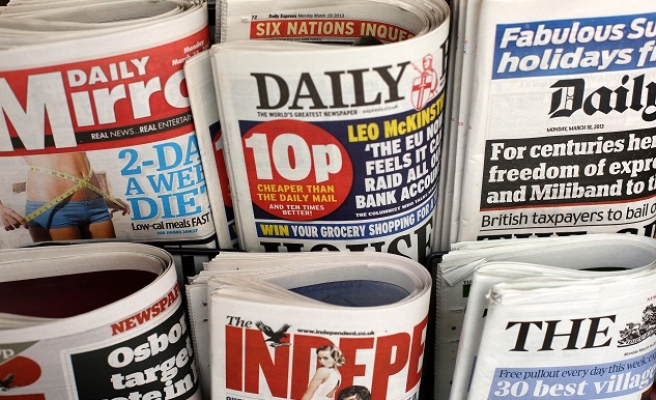 Litvinenko died of radiation poisoning in 2006 after drinking tea laced with radioactive polonium at a London hotel. The judge-led inquiry into what happened published its long-awaited findings on Thursday.

Many newspapers insisted that Prime Minister David Cameron's government must go further in punishing Russia over the Litvinenko killing, despite ministers' hopes that Putin could help bring an end to the conflict in Syria.

Relations between Britain and Russia were already in deep freeze before the inquiry's findings were published, over a series of issues including the situation in Ukraine and the downing of Malaysia Airlines flight MH17 there in 2014.

Britain announced no fresh sanctions over the Litvinenko killing, instead summoning Russia's ambassador to London and imposing asset freezes on the two chief suspects, Andrei Lugovoi and Dmitri Kovtun.

The Times's editorial called these measures "predictable formalities that will have little impact".

It added: "It is not enough for the British government to express its 'profound displeasure' and freeze UK assets of two suspects who probably do not have any."

"It's Just Cowardly Folly To Appease This Thug" was the headline on a Daily Mail column by Edward Lucas.

This said it was "a catastrophically mistaken approach" for Britain to hold back on firmer action in the hope Russia could help over Syria.

"If we want to bring the Assad regime to the negotiating table, we should be increasing pressure on its backers, such as Russia and Iran, not soft-soaping them," Lucas added.

The Guardian's editorial said nothing comparable to Litvinenko's murder had happened in London since 1978, when Bulgarian dissident Georgi Markov was killed with a ricin-tipped umbrella on a bridge over the River Thames.

"The report's credibility is not in doubt," it said. "Stronger measures, and at a European level, are now required."

But the Independent's columnist Mary Dejevsky questioned why the inquiry had heard some parts of the evidence in secret -- a move attributed by officials to national security concerns.

She added: "So bad are UK-Russian relations overall -- and such is the UK interest in improving them, because of Russia's mediating role with Iran and Syria -- that I would hazard there is a strong probability... that bilateral relations will not actually become much worse."