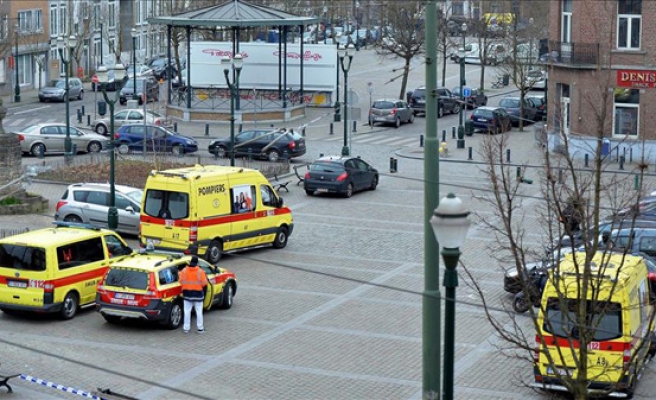 A suspect wanted in connection with the Nov. 13 Paris attacks has been taken alive in a Brussels police raid, Belgian media reported Friday.

Salah Abdeslam was hurt during a shootout in the Brussels suburb of Molenbeek, local media said.

A Belgian federal prosecutor said Salah Abdeslam’s fingerprints were found in another apartment raided Tuesday. Another suspect, Algerian national Mohamed Belkaid, was shot dead during the raid in the southern Forest suburb.

Abdeslam, who is suspected of having participated in the killings on Nov.13, has remained at large and been the subject of a European-wide manhunt since last November.

In Washington, the White House said that U.S. officials have coordinated with their French and Belgian counterparts since the attack, but declined to say whether Washington directly assisted in the operation that led to Abdeslam's capture.

"The United States does have unique capabilities that we can use, and we have shared with them a lot of information and expertise, and I know that they have found that to be useful as they have conducted this investigation and taken other steps to protect their two countries," spokesman Josh Earnest told reporters.

"The president commended the work of Belgian security services and noted that this significant arrest was the result of hard work and close cooperation between Belgian and French law enforcement authorities," the statement read.

Obama had been briefed on Abdeslam's capture by counterterrorism advisor Lisa Monaco.

ISIL was blamed for the Nov. 13 Paris attacks, which were termed the deadliest terrorist act in Europe in a decade.