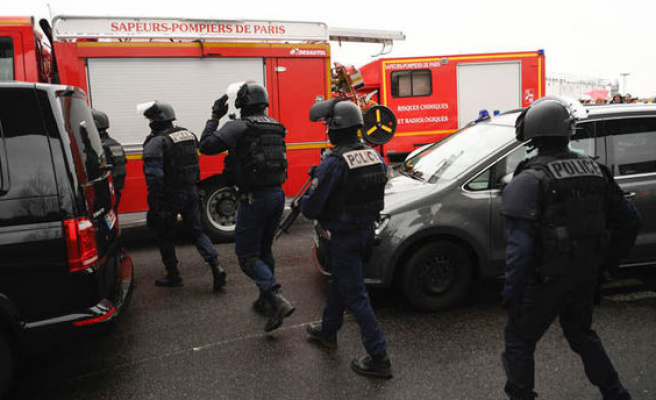 A group of supporters of PKK terrorist organization on Sunday hung a poster of its convicted leader from the Paris headquarters of a major news agency.

Following a march with the chanting of slogans and carrying banners showing Abdullah Ocalan, the jailed leader of the terrorist PKK, the protestors stormed into the headquarters of Agence France Presse (AFP).

A banner of Ocalan was then hung from the headquarters balcony.

After over an hour of chanting and a meeting with the agency’s editors, the demonstration ended.

There were no apparent security measures taken during the demonstration.

The PKK is classified as a terrorist group by Turkey, the UN, and the EU.

Turkey has long complained that despite the PKK’s banned status, European countries allow it to operate with impunity on their soil.

For more than 30 years, the PKK has waged a terror campaign against Turkey leading to the deaths of more than 40,000 people -- security forces and civilians alike -- including more than 1,200 since July 2015 alone.