PEGIDA in disarray after scandals, divisions

Anti-Islam movement draws only 1,500 demonstrators in Leipzig, while organizers expected 20,000. 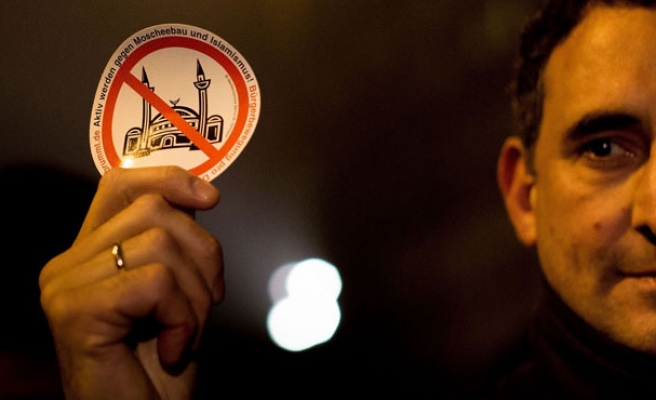 World Bulletin / News Desk
A planned major anti-Islam rally in the eastern German city of Leipzig drew only 1,500 demonstrators Friday, in a sign of declining support for the right-wing populist group PEGIDA.

Early this week, PEGIDA’s sister movement in Leipzig, LEGIDA, announced that 20,000 protesters were expected to join the demonstration. The group had been successful last week to mobilize some 15,000 demonstrators for a major anti-Islam rally in the city.

However, a number of recent scandals and conflicts surrounding the PEGIDA movement have undermined support for the group. A majority of the participants were activists from right-wing extremist and neo-Nazi groups.

Police took heavy security measures Friday to prevent any clashes between PEGIDA supporters and left-wing activists who held counter-demonstrations on the same day.

Some 5,000 people attended counter-demonstrations according to officials from the municipality. The slogans "NO PEGIDA, NO LEGIDA," "Superheroes against racist patriots" were written on banners held by the protesters.

Far-right populist movement PEGIDA made headlines in Germany and abroad as it gathered thousands in anti-Islam rallies organized in Dresden this month.

About 25,000 protesters joined PEGIDA’s rally on Jan. 12 in the city in the aftermath of the attack on satirical magazine Charlie Hebdo in Paris in which 12 people died.

Dresden has been the stronghold of the group, but it has failed to draw similarly high numbers in rallies organized in other German cities.

The movement was also thrown into disarray recently after its founder, Lutz Bachmann, announced his resignation. He stepped down on Jan. 21, amid a row over a photo he posted on Facebook in which he was dressed as Adolf Hitler.

Five leading members of the PEGIDA announced Thursday that they had left the group and were planning to found a new organization, which would be named the Movement for Direct Democracy in Europe.

Germany has witnessed an increase in suspicion and negative feelings towards Muslims in recent months as far-right and populist parties have sought to benefit from a growing fear of Islam, which was largely influenced by reports of murders and atrocities being committed by the Islamic State of Iraq and the Levant in the Middle East.

A recent study by the Bertelsmann Foundation revealed that 57 percent of Germany’s non-Muslims perceive Islam as a threat -- a rise of four percent since 2012.