Germany’s anti-Islam movement to test support base amid growing skepticism about group's actions. 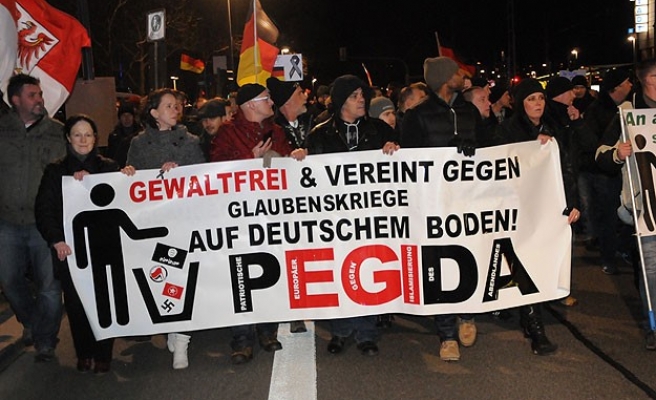 Germany’s anti-Islam PEGIDA movement has said it will hold a major rally in Dresden on Sunday.

The right-populist group usually holds rallies every Monday, but organizers said their intention with changing the date was to prevent clashes with opponents and left-wing protestors, who also called for rallies on Monday.

“We will make an exception and will meet on Sunday this time for our 13th rally,” the group said on its official Facebook page Friday.

The Patriotic Europeans Against Islamization of the West group started weekly protests in Dresden with about 500 demonstrators on Oct. 20, 2014, but significantly increased its support base within three months.

More than 25,000 people took to the streets in Dresden on Jan. 12 in the aftermath of the terrorist attack on Charlie Hebdo magazine in Paris.

PEGIDA organizers said they were expecting around 25,000 protestors to join Sunday’s rally in Dresden, which is seen as a key test for the right-populist movement amid growing skepticism among the German public about the group's actions.

A rally organized on Jan. 21 by a PEGIDA sister-group in Leipzig drew less than 1,000 protestors, far less than PEGIDA’s estimates, which claimed that more than 30,000 people would attend the event.

Recent scandals surrounding PEGIDA leaders, disagreements with associated groups in other cities, as well as violent attacks against journalists during the rally in Leipzig, have raised suspicions about the group.

Lutz Bachmann, PEGIDA's leader, announced his resignation on Wednesday amid a row over a photo he posted on Facebook in which he was dressed as Adolf Hitler.

Bachmann claimed the photo was a joke, but Dresden's public prosecutor opened a hate crime probe into the former leader's Facebook posts.